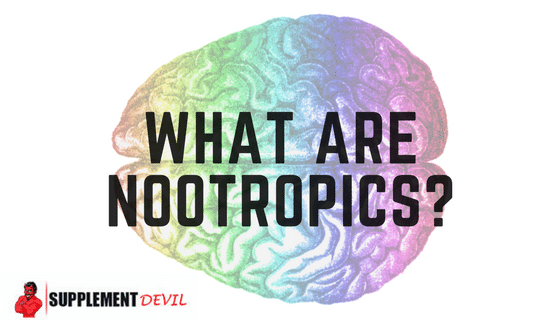 If you’ve read any of our reviews, we’ve tossed around the word nootropic quite a bit. It’s a term that is used largely in the world of supplements and medication.

Don’t worry if you don’t know what it means, it’s not something that people usually worry about. However, if you’re part of the fitness niche, then you’ve definitely seen the word used before.

Most likely, you’ve seen it used to describe specific ingredients or supplements that are related to the subject of the mind.

Although it’s quite easy to define the word nootropic, there are criteria that must be met in order for a substance to be declared as an actual nootropic (1). These criteria make up a total of 5, all dealing with cognition and other mental faculties.

That’s a lot to take in but bear with me here.

These criteria were made to describe the perfect nootropic. However, nowadays, the term is used to describe just about any cognitive enhancer. If it has something to do with the brain and other mental faculties?

That’s what a nootropic is.

So now that we’ve discussed what they are. We can get on to the fun part. What are the best nootropic ingredients out there?

There are tons of these, and you can see them pop up in a lot of Pre Workout supplements, they’ll make it into the occasional testosterone booster or fat burner supplement as well. A couple of the more popular ones include:

This particular ingredient is most popularly used as a dietary supplement in the USA. However, in Europe, the alpha-GPC is taken as a treatment for Alzheimer’s. That, in itself, speaks volumes of how effective it is as far improving memory and other mental faculties (2).

This is another one of our favorites, seen in a lot of Pre Workouts and Fat Burners. L-Theanine is most often taken with caffeine, in a paring referred to as the ‘Smart Caffeine.’ Taking both ingredients together induces a calm focus, one that keeps you alert despite the buzz of energy that the caffeine can cause (3).

This is an amino acid that has been said to boost memory and alertness (4).It’s most effective during high-stress situations (like exercise.)

WHAT ARE NOOTROPICS – CONCLUSION

Nootropics are a good way of adding more substance to your workouts. It keeps you focused and alert whilst you’re pumping out hellfire in the gym.

The burn of exercise is exciting, but it can also be kinda shitty.

That kind of exhaustion is draining but with the proper nootropics, you can keep your chin up and keep on burning.