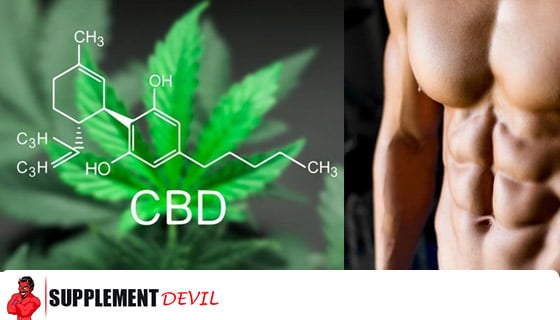 Does CBD Work for Losing Fat?

It’s a sad day indeed when you wake up in the morning, head to the bathroom, and notice your waistline has ballooned way past what you’re comfortable looking at. But is CBD the answer for weight loss?

Gaining weight is easy to do, but hard to reverse. That temptation to reach for the next bag of crisps often outweighs the desire to hit the gym…or to move at all, period.

However, losing weight doesn’t have to be a daunting task. Research is pouring in on CBD as a way to stop that expanding waistline in its tracks, and our CBD supplement can help you shed those extra pounds.

With more and more CBD supplements on the market, can this wonder ingredients be used to lose weight?

What is Cannabidiol (CBD)?

When most people think of “Cannabis”, they think of the psychoactive part of the Cannabis sativa plant, delta 9-tetrahydrocannabinol (THC). Through a variety of mechanisms, THC causes the release of dopamine, a neurotransmitter that triggers feelings of satisfaction in the body.

Unfortunately, too much THC leads to higher amounts of anxiety, stress, and more cravings. That’s why many people transform into Gordon Ramseys of the microwave after smoking [13, 14].

On the other hand, cannabidiol (CBD) curbs THC’s buzz. Research is still young, but CBD works to block THC’s unwanted effects, which means less high-seeking, less anxiety, and less withdrawal [13, 14]. Taking CBD causes a “body high”, much like the feeling you have after a fantastic yoga class [12].

Researchers have been looking to CBD for other medical problems as well, from severe epilepsy [3, 8] and post-traumatic stress disorder [4], to multiple sclerosis [10] or even cancer [6].

Why has CBD been the go-to for these studies? One reason may be that there haven’t been negative side effects, even at high doses, and that kind of safety is hard to beat [3]. In fact, you can now be prescribed a CBD medication if you are Canadian [SativexⓇ, 1], and you can find CBD in a range of everyday products, from soaps to drinks [12].

But we’re looking at CBD as a weight loss supplement, aren’t we? Here are the facts.

With obesity on the rise all over the world, scientists have been scrambling to find solutions. While there have been promising candidates that have boasted amazing weight loss potential (such as rimonabant in Europe back in 2006 [2, 11]), these treatments also tended to have negative side effects – depression, inactivity, and other “psychiatric adverse events” [11].

Researchers had no other choice than to look for an alternative, and CBD took center stage.

As more research was done on the hemp plant and its various parts, scientists found that CBD no only curbed the ‘high’ from THC, but also had similar weight loss benefits to treatments like rimonabant.

In 2011, a group of researchers finally decided to test out CBD in the lab. In their experiment, they tested subjects with one of four different treatments, two of which contained different doses of CBD.

14 days passed, and at the end the subjects were weighed. The researchers collected their results, and found a shocking fact: the subjects on normal treatments gained weight as expected, while the subjects with CBD treatments had 25% less weight. [5].

The best part? After these treatments, the subjects showed none of the adverse psychiatric side effects found with treatments like rimonabant. In fact, they showed a high tolerance to CBD.

The evidence for CBD as a weight loss supplement doesn’t stop there, friends.

Researchers used to think BAT cells were rare in adults. However, in recent years, they have found that BAT is actively used in adults, which has caused an upswing in BAT research as a way to fight obesity [9].

In the course of this research, they have also found that under certain circumstances, WAT cells can switch into BAT cells. They named this switch  “browning”.

That’s where CBD comes in. Researchers prepared some WAT cells and gave them different treatments. After studying them for several days, they found that the cells treated with CBD were expressing “browning” proteins and genes more frequently – as high as 1050% expression versus the 100% of the control group [7].

They also found that cells treated with CBD created more proteins that cause fat cells to break down, and that they used genes responsible for creating new fat cells less frequently [7].

So where does this leave us on the CBD/weight loss debate?

Although research on CBD is still in its early stages, we have seen losses in weight by as much as 25% [5], the conversion of hard-to-burn fat into an easier alternative to shake [7], and next to no negative effects [3, 5]. The science speaks for itself.

You blink awake again. You sit up in bed, remembering dreamy whisperings of strange terms like “CBD”, “Sativex”, and “brown adipose tissue”. You shake off the thoughts, and head to the bathroom, bracing yourself for that mushroom waist from a few weeks prior.

However, those CBD supplements paid off: you instead see your waist thinning, and you’re ready to start your day.

If you’re looking to try CBD to lose unwanted weight, then currently we have only found one premium option that’s actually targeted at the fitness community. This capsule based supplement, made of premium CBD isolate is exactly what you should be looking at. Check out ShredCBD here.

Zuardi AW, Shirakawa I, Finkelfarb E, Karniol IG (1982) Action of cannabidiol on the anxiety and other effects produced by delta 9-THC in normal subjects. Psychopharmacology (Berl), 1982;76(3): 245-50