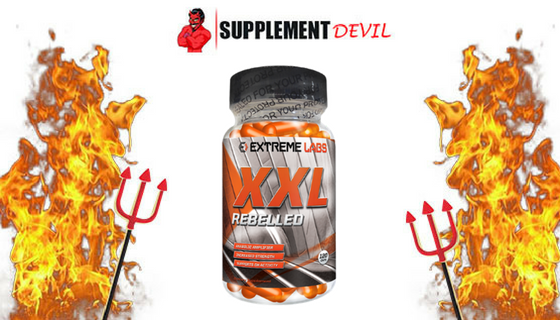 Sometimes, it’s not just about getting more testosterone, but about making more space for it. That’s the kind of message that the testosterone booster, that we’re going to be analyzing in our Extreme Labs XXL Rebelled Review, is trying to make.

A good message, let’s get that right. However, the company (Extreme Labs) seems to like playing with hellfire! One thing’s for sure, is that they’re unashamedly rebellious, by using a mix of synthetic and natural ingredients in this particular formula.

That’s not something that many testosterone boosters today are willing to risk. It’s almost like making a deal with the devil, what with the number of people who prefer all-natural formulas.

Nevertheless, this is the t-booster that we’re going to be analyzing the hell out of inside of our Extreme Labs XXL Rebelled Review.

Will it be able to match up with the Devil’s burning expectations? Let’s see!

How does the Extreme Labs XXL Rebelled work?

True to the name, they took their formula to the extreme. We get a lot of unknown ingredients in here, with fancy-smancy chemical names and what not. As I mentioned previously, they had stuffed this with a blend of synthetic and natural ingredients.

The synthetic is a bold move, as a lot of them tend to be a touch too dangerous for some. They make another bold move by, quite literally, blending up all their ingredients. All these ingredients (of which there are quite a bit), total up to around 3320 milligrams.

If you haven’t caught my drift yet, then you should know that these blends are bad.. bad… bad.

When they’re all blended like this, you can’t tell whether they used the proper dosage (to ensure that it’s effective) or the wrong one (which might result in a couple of dangerous side-effects.) It’s, basically, a gamble — which is not something I really want to think about when it comes to supplements.

Either way, let’s take a look at what’s going on inside of this blend of theirs. Maybe their ingredients will redeem them, maybe not. It’ll depend on how good they are! 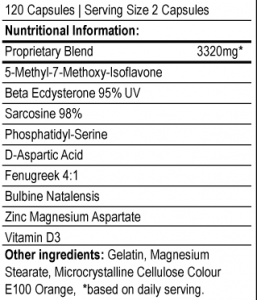 This is the first ingredient on their formula. Which, as one would assume, is their main ingredient. It just so happens that this ingredient is synthetic. It’s something that was really popular back in the old days (and I do mean popular.) However, its synthetic nature, and the fact that it doesn’t really do anything… Well, suffice to say, it was kicked pretty hard back to the curb.

Why it made a comeback here? I don’t know. But it’s definitely good a good start for the ingredient portion of our Extreme Labs XXL Rebelled Review.

Our second ingredient is yet another synthetic. It’s one that has (in recent times), been popularized as a nootropic. Unfortunately, its effects on the mind have nothing to do with its effects on the body (of which there is none.) It’s not a t-boosting ingredient, and doesn’t really deserve to be the second on this really long list.

So far, this is their best ingredient. D-Aspartic Acid (DAA), has been proven to boost testosterone levels for men that are T-deficient or infertile. This benefit has been proven time and time again. I think that they really fucked up with them putting this in a blent. This deserved to be the main ingredient because it is effective.

Unfortunately, third down on the list… I can’t say whether or not they put enough in here for it to be effective. DAA works at around 2,000 – 3,000 milligrams, which is practically the entire allotted dosage for the whole blend.

They follow up the DAA with another good ingredient. Zinc is something that has been proven to work. Many people in the world find themselves horribly Zinc deficient. Which is bad, Zinc is an essential mineral and it’s important in many processes — including, the production and the delivery of testosterone.

This is more of a libido-booster than an actual testosterone booster. In some rodent species, it has been proven to increase testosterone by a certain measure. However, those benefits have not been backed by human trials.

Furthermore, in some cases, it’s been compared to cause about as much damage as most steroids. Which is definitely, not something you want to hear when considering a testosterone booster.

The price of one of these XXL Rebelled t-boosters is around 49.99 British Pounds. That’s pretty damn expensive.

There are a couple of ingredients inside of this formula that are known to cause a couple of side-effects. Unfortunately, we can’t say for certain whether they’re at a dose that is dangerous (because they’re blended with the rest) However, I would still advise you to be wary of them.

The end to our Extreme Labs XXL Rebelled Review was pretty grim. I mean, faced with those side-effects, who wouldn’t be concerned? It’s a serious health risk!

Not only that, but with the overwhelmingly expensive price and the lackluster ingredients… Well, you really have to consider the quality here (or better yet, the lack thereof!) I want a testosterone booster that I can trust. Something powerful enough to get the job done.

With this? I’m not seeing it. It might have some mild benefits, but it’s nothing in comparison to our current Top 5 Testosterone Boosters!

Even though this formula might have been able to offer mild benefits (because of the DAA), those benefits are outweighed by the side-effects and the overbearing price.

Ways to burn fat without exercise