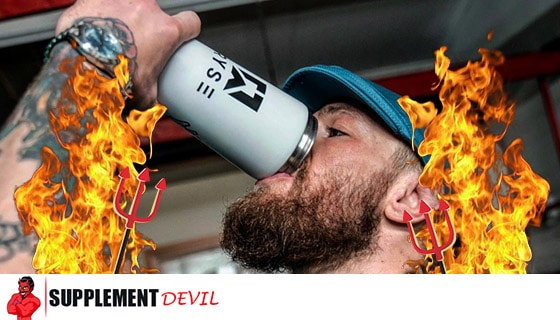 The move, announced in the last couple of days arrives ahead of McGregors long awaited UFC 228 appearance against Khabib Nurmagomedov.

McGregor was previously with BSN supplements, but it seems after that expensive contract ran out, Ryse was prepared to pay the price to sign the Notorious.

Ryse shared a few words about their new athlete:

“Conor Mcgregor is the champion for many reasons including proper nutrition. The unparalleled quality of Ryse supplements stood out to him to trust the products for his strenuous training regimen.”

Ryse have taken the opportunity of signing The Notorious to release a loaded supplement stack. Called…..you guessed it….or you should have; The Notorious Stack.

The stack contains 5 supplements from the company as well as a limited edition back and thermal bottle.

It’s actually not a bad deal and if you’re looking to get yourself a brand new stack consisting of some well put together natural supplements then you should be tempted.

We’re wishing Conor all the best at his new home, Ryse Supplements. (Khabib will win BTW).