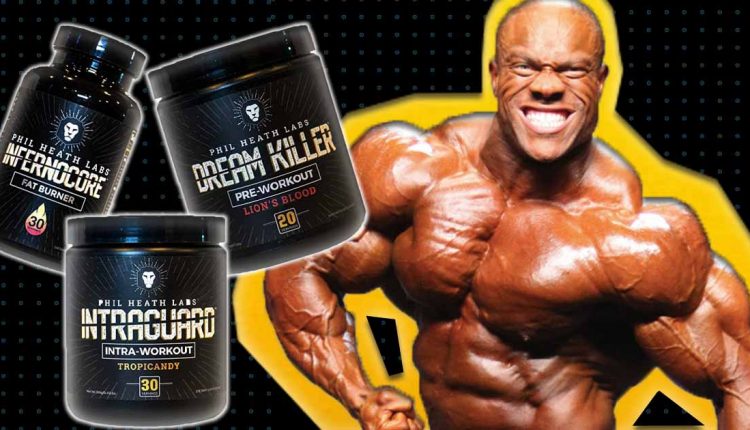 It would certainly be hard to deny that Phil Heath is one of the most instantly recognisable bodybuilders in the fitness industry. The guy did win the Mr. Olympia competition every year between 2011 and 2017 after all!

The mighty Shawn Rhoden might have taken the top spot in the 2018 instalment of the competition. But, with Rhoden having had his place in the 2019 edition revoked, this may be the year that Heath reclaims the most coveted bodybuilding trophy there is.

In spite of missing out on the 2018 title, Heath has remained active in the fitness industry. He has even gone so far as to launch his very own supplement brand! Entitled Phil Heath Labs, this all-new company from the seven-time Mr. Olympia winner becomes the latest business venture for Heath after working with several supplement companies in the past.

Entering the market in the last few weeks, the brand has currently released a total of three different products which each represent three separate supplement categories. What are these products? You ask. Well, there’s the intra-workout supplement IntraGuard, a stimulant-based pre-workout called Dream Killer, and a fat burner known as Infernocore.

Each of the aforementioned supplements features a completely transparent ingredients list – something that’s always worth looking out for when it comes to supplements as you’ll then know exactly what you’re putting in your body and in what dosages.

Speaking of ingredients, you’ll find that Dream Killer includes a series of proven choices including 5g of creatine monohydrate, 3g of citrulline malate, in addition to 150mg of caffeine. With regard to IntraGuard, it includes all nine essential amino acids along with Vaso6, AstraGin, and Sustamine. Finally, there’s InfernoCore – featuring a series of premium ingredients which includes the likes of Paradoxine, TeaCrine, and GBBGo.

So, that concludes our introduction to Phil Heath Labs and the products they currently have to offer! Given that the brand has only recently launched, you’ll probably to see plenty more new products released by the company in the near future.

If you’re interested in any of the existing products in the Phil Heath Labs range and would perhaps like to make a purchase, you can do exactly that by heading over to the official store.

In the meantime, all the latest news in the world of fitness and supplements, can be found right here at Supplement Devil. Be sure to keep your eyes peeled for any future updates!