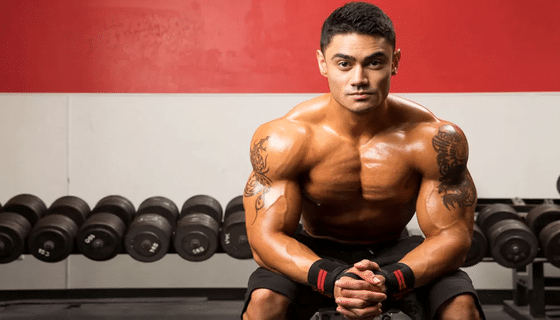 Performix is a supplement brand that we haven’t heard much from over the last 12 months. However, months of silence finally came to an end after they decided to relaunch at the 2019 Mr. Olympia Expo in Las Vegas.

As part of their relaunch, Performix decided to release a new supplement in the form of SST PRE. It’s essentially an all-new pre-workout supplement that aims to ‘supercharge your workouts’.

Just a short while following the expo, Performix introduced a big name in the bodybuilding industry is joining them. This was no doubt an effort to boost the profile of the brand following a lengthy period of not releasing any new products.

Amassing in excess of 780k Instagram followers at the time of writing, Jeremy Potvin is without a doubt one of the most widely-recognized stars in the bodybuilding industry. So, it’s clear that he’s a major coup for Performix. But, just what exactly does this mean for the brand moving forward? Find out in the following article.

From the battlefield to the bodybuilding stage

Jeremy Potvin has come a long way in his bodybuilding career ever since he gave up a promising career in the US Army to move onto pastures new in the bodybuilding industry.

Serving as a soldier in Iraq, Potvin discovered a passion for bodybuilding. Throughout this time, he would train every day as a way of relieving the stress caused by being in a war-torn nation. On his return from duty, Potvin then became increasingly interested in pursuing a career in bodybuilding.

Despite initially struggling to adapt to his new way of life, Potvin would eventually work his way up from performing in local shows to earning his pro card. This was a clear marker of just how far he had come since entering the world of bodybuilding.

What’s next for Performix?

Over the next few months or so, it certainly would be surprising to see Performix release new supplements. As we mentioned earlier, they have already released a new pre-workout supplement. So, it’s expected for them to follow up on this sooner rather than later.

Jeremy Potvin joining the brand is certainly a marker of the direction Performix aim to head in. Considering the supplements industry has become increasingly competitive, brands now need to pull out all the stops in order to get noticed. Signing Potvin is more than likely going to do them wonders in that regard.

So, there you have it! Now that you’ve found out everything there is to know about Jeremy Potvin joining Performix, you might be interested in keeping up to date with the brand. To do just that, be sure to keep an eye out right here at Supplement Devil. Alternatively, head on over to the official Performix website.