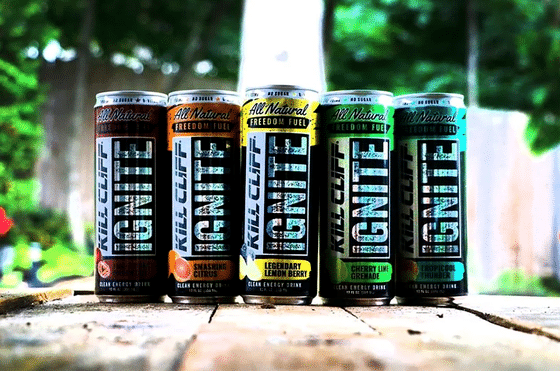 Ignite Energy Drink Gets a Revamp and New Flavor

When it comes to beverage brands, it’s safe to say that Kill Cliff likes to make a difference.

After all, its founder is a former Navy Seal and was eager to make a positive change in the energy and sports drinks market.

To do this, he released a variety of products including Ignite energy drink – aiming to stand out from the crowd in a competitive market.

After growing his brand considerably since 2013, the founder now looks to make his mark yet again – revamping Ignite with a new look and flavor.

In the following news piece, we’ll delve deeper into what Kill Cliff has in store with its Ignite revamp. Let’s get to it!

Having had a makeover, Ignite is now comparable to other popular products in the Kill Cliff line-up. This includes its CBD-infused recovery drink.

In terms of flavors, there’s the three originals including Fruit Punch, Lemon Berry, and Cherry Limeade. Tropicool Thunder recently joined the line-up, but the latest offering is known as Smashing Citrus.

Cherry Limeade has been rebranded as ‘Cherry Lime Grenade’, while other flavors are also set for a name change.

The formula, on the other hand, appears to be the same. There are just 25 calories per serving along with 150mg of natural caffeine, B vitamins, and various electrolytes. It also includes zero-sugar as was the case with the original.

So, if you’d like to get your hands on it on its release, simply head on over to the official Kill Cliff website.

That concludes our overview of the revamped Ignite energy drink! Be sure to check out our main page for all the latest supplement news and reviews!