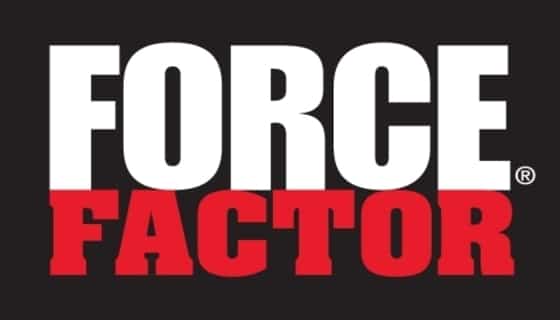 Force Factor is a supplements company that already has a whole host of supplements in their range. But, that doesn’t mean that they won’t be adding to their lineup any time soon. In fact, it’s quite the opposite – this particular company now have three new supplements on the way!

Force Factor’s upcoming range of supplements are going to be exclusive to GNC – a major retailer which gives you access to a whole host of supplements.

With that in mind, the news piece will tell you all about the brand new supplements. So, continue reading – we’ll cover all the information you need to know ahead of the official release later this year.

What To Expect From Force Factor’s Three New Supplements

Known as the Platinum series, Force Factor’s new lineup features a total of three new supplements. At the time of writing, little information has been released on the products. So, all we know at the moment is what they are going to be called. Here’s the names which might give you idea of what to expect:

The formulas which are contained within the Force Factor Platinum Series will no doubt be quite advanced. After all, the line is reportedly the brand’s most high end series of products to date. So, it’s safe to say that we here at Supplement Devil are eager to find out more.

As you’ve probably already guessed by now, the Platinum series is yet to be released. But, it will soon be available via the aforementioned store in the coming months. According to reports, Force Factor expect the range of supplements to become available between late March and early April.

Force Factor’s new Platinum Series of supplement are well-anticipated – that’s for sure. As we mentioned earlier, they are set to be the brand’s most premium to date. So, Supplement Devil can’t wait to learn more about what these supplements are able to offer.

When it comes to the release of new supplements, you can count on us to keep you in the loop. Force Factor’s new range are only a couple of months from release now, so you can rest assured we’ll keep you updated on all the latest developments.

Supplement Devil brings you plenty of news and reviews in the world of supplements. So, be sure to keep an eye out on our website if you’d like to find out all the latest information!