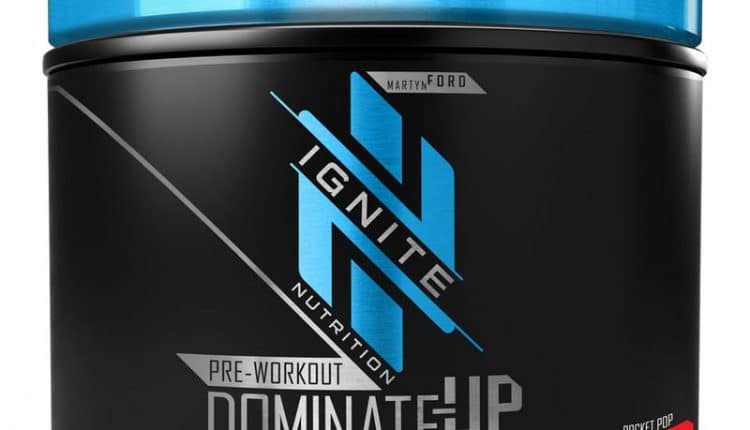 Martyn Ford’s Ignite Nutrition has gone from strength to strength since bursting onto the scene back in 2018. From Test Up to Load Up, they have already released a handful of popular supplements, and it appears that their line-up will increase considerably over the next year or so.

With that in mind, the following article will take a closer look into one of their latest supplements – Dominate-Up. Find out everything you need to know in the following news piece.

Dominate-Up: What’s it all about?

Dominate-Up has recently entered the market as an all-new pre workout supplement. It’s entering new territory for this particular company, as they previously didn’t offer this type of supplement.

For the most part, the ingredients list is transparently dosed, which is always appreciated as you know exactly what you’re getting for your money, as well as what’s going into your body. The ingredients list includes a performance blend which consists of compounds such as Beta-Alanine (1.8g), three forms of creatine, and a gram of taurine.

There is also a focus blend which includes such things as Choline Bitartrate, while a pump blend includes Glycerol powder and L-Citrulline. Finally, there’s a stim blend which is formed up of a total of six ingredients. While it’s great these ingredients are listed, they are all gathered up in a proprietary blend, something we’re not big fans of.

Priced at $37.95, you can pick up a container of Dominate-Up for $37.95 at the time of writing. This is available from the official website for peace of mind when it comes to getting a genuine product. You can then choose from two flavors – Fruit Punch and a rather unique Rocket Pop.

Overall, Dominate-Up has some good things going for it, but it would have been better to not use a proprietary blend for full transparency.

Should Your Supplement Stack Change Through the Year?