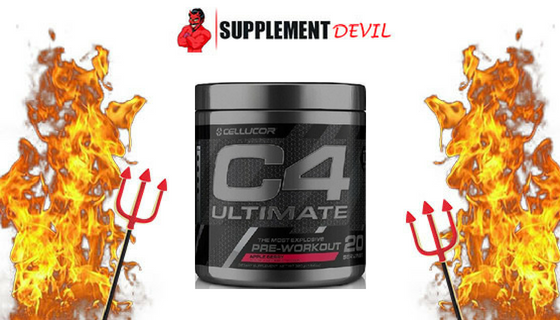 Our gated hell is opening once more an introducing a brand-spanking new Pre Workout supplement. That’s what we’re going to be covering in our C4 Ultimate Shred Review. Cellucor, the company that makes it, is getting popular these days. They sell pretty well in retail stores like Amazon and what not.

Is their stuff even good? Well, some people would say so. In fact, the OG version of the C4 Ultimate Shred was pretty popular for a Pre Workout. They decided to up their formula by adding a couple of premium ingredients to their formula and juicing it up with a couple of extra odds and ends.

Will those be enough to end the reign of the 4 Gauge Pre Workout? Well, let’s get on with our C4 Ultimate Shred review and find out!

How does the C4 Ultimate Shred work?

First, let’s cover the whole Pre Workout aspect. Most Pre Workouts are taken prior to training, that’s to pump you up for your workouts and get your body ready for the strain. The C4 Ultimate Shred recommends that you take 1 scoop per day, before training. That takes care of the Pre Workout part, which is good enough for me.

The Cellucor company promises a couple of things, nothing too obnoxiously extra, but some of which I can already tell is going to be difficult for them to accomplish. This includes things like increased endurance, enhanced muscle-pumping, and boosts in energy and focus.

Let’s have a look at the C4 Ultimate Shreds’ ingredients and see if their claims are worth even a pinch of salt. 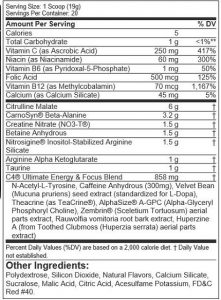 This ingredient is most definitely a Pre Workout ingredient. We do see it in other supplements as well. However, the results just aren’t there for things like Fat Burners and T-Boosters. Instead, research has linked Vitamin C to things like blood flow and stress.

Here we have yet another classic Pre Workout ingredient. This one, much like the previous, is focused on helping improve the flow of blood in the body. We do see it in a lot of Pre Workout Supplements, after all, it’s great for getting stuff from Point A to B. However, it comes with a potential side-effect that turns some people off from ever using it.

CarnoSyn is a patented ingredient, one that was mixed to ensure both quality and quantity. It uses a popular Pre Workout ingredient called Beta-Alanine and maintains an average dose of 3.2 grams per serving.

That’s within the recommended dose and should help enhance both of your endurance and strength. However, much like the previous, it comes with a side-effect.

So far, outside of a couple of potential side-effects, the C4 Ultimate Shred has been doing good. Adding Citrulline Malate sweetens the deal even more. This ingredient is good for helping you work out for much longer.

Basically, it staves off the effects of fatigue and keeps you going until the end. As a plus, they even got the recommended dosage right! It’s on the lower side of the recommended 6,000 – 8,000 milligrams, but it certainly hits its goal by having a clean 6,000 grams per serving.

Here we have yet another patented ingredient. This time, it uses things like arginine and silicon to help pump you up. Well, at least that’s what it’s supposed to do. Unfortunately, none of that happens, seeing as research thus far has proven it to be wholly ineffective.

As far as science is concerned — it works, but as for supplementation? Well, it doesn’t absorb like we need it to. Making it useless.

This is where Cellucor really messed up. Not sure why they thought it would be a good idea to stuff the rest of their ingredients inside of a proprietary blend, but that’s what they did. That makes all of the ingredients in this blend potentially ineffective (we don’t know their doses.)

The new C4 Ultimate Shred sells for a pretty steep price, probably because it used 2 premium-ingredients. Those things can cost quite the pretty penny. Which makes the $39.99 sensible, but still expensive. If you’re looking to buy it, you can probably catch it selling for a variety of prices on Amazon or other regular retailers.

Side Effects of C4 Ultimate Shred

There are two ingredients in the C4 Ultimate Shred that can cause potential side-effects. They are:

●     Beta-Alanine: This is harmless, but the sharp-burning sensation is uncomfortable enough to turn most people off.

●     Betaine: Betaine is only dangerous for people who can’t deal with heightened levels of cholesterol.

That about does it for our C4 Ultimate Shred Review, and yeah.

You know what? It’s not that bad! It’s a lot better than most supplements that we see floating around these days. Most of its ingredients work and are adequately dosed.

However, it could have done away with one or two ingredients (especially the ones that cause side-effects), they also should have stayed away from proprietary blends in general.

It’s not perfect, hardly anything is. Gotta give it to Cellucor, they certainly did try this time. Might even deserve another look into.

But for now? Well, if you’re looking for something more concrete. Then I recommend checking out our Top 5 Pre Workouts page. You’ll find the current Number 1 there for amazing muscle pumps, clean focused energy and absolutely no side effects..

Cellucor was so close to making it a good product. However, the prop. blend and the potential risk of side-effects made cut away at some of their credibility. Making this only 'moderately' effective.