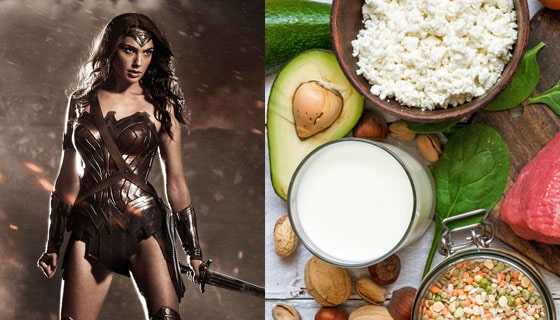 Normally we hear the word testosterone and we associate it with males, however, the hormone is also present in female, just in smaller amounts. Women produce this hormone in the ovaries, but it is also possible to boost female testosterone with food.

Different natural foods contain a variety of nutrients that help the body to function normally. Although foods don’t specifically contain the hormone, there are vitamins and minerals in certain foods that can naturally boost the amount of testosterone we produce.

Testosterone is a hormone found in both humans and certain animals. Both women and men produce it, but it is a much more dominant hormone in men. Usually, the production of testosterone increases during puberty and decreases after the age of thirty. Even though it is produced in the testes and ovaries, it is the brain and pituitary glands that control its production which then travels through the blood.

You’ve probably heard that testosterone is commonly known to be associated with sex drive, but it also increases bone and muscle mass and helps with red blood cell production. This is why it is an essential hormone for both men and women. There are several consequences that can come about if we do not produce enough, which is why it is good to know foods that boost female testosterone when it is low.

There are many reasons that women can suffer from low testosterone levels, one of the most common reasons is the menopause. As it is produced in the ovaries, it often decreases around the time of the menopause, this can be pre-and post, as well as during.

Furthermore, if you have had your ovaries removed, the leads to a halt in the production of the hormone. Likewise, your adrenal glands have a part to play in the production too, so if these glands aren’t working as they should, this can reduce the amount of testosterone produced.

Moreover, if there is any uncertainty about your testosterone levels, the doctors can take a blood test to measure your levels. If you this there is a possibility of this, there are several symptoms of a drop in the hormone, such as:

If you believe you have any of these symptoms and you are worried, consulting with a doctor is your best option so they can recommend the correct steps to take next.

If your levels of the hormone are low, there are certain common foods that could possible aid the increase of the hormone. These foods include:

This particular fish is rich in vitamin D which has been previously linked to testosterone production. If you aren’t a fan of tuna, other oily fish such as salmon and sardines are a great alternative.

Like tuna, egg yolks are high in vitamin D and this could boost the production of testosterone in the ovaries.

And we don’t just mean the baked kind. Other beans such as kidney, white and black are all sources of vitamin D and are a great plant-based way of getting more protein in your diet.

In a 2012 study, participants were given ginger supplements and their levels of testosterone increased by 17.7%, so ginger may not just be useful for a cold.

To conclude, testosterone is more important for females than people first think. Although they do not produce as much of it as men, the hormone helps bone and muscle density, as well as the production of red blood cells. Eating certain foods such as eggs and tuna that are high in vitamin D could boost your levels of the hormone.