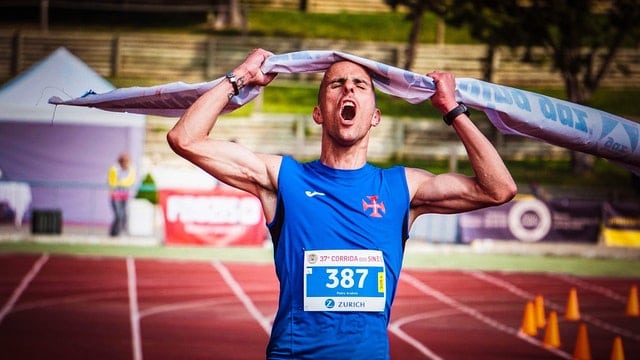 Many pro-athletes are known for taking supplements, but are Creatine supplements for runners worth it? If you’re a runner looking to get a PB on your next 10k, or wanting to improve your interval training, Creatine could help you with this.

It has often been thought that Creatine is only useful for people that are looking for short term strength and speed such as sprinter and weightlifters, however this may not be the case. Recent findings have suggested that it could be just as beneficial for endurance runners and athletes.

Our body natural produces a small amount of Creatine but we usually get sufficient amounts from animal based products too. Creatine is made up of two amino acids, arginine and glycine and is the store of the cell’s energy currency, phosphate.

Our body produces energy using something called adenosine triphosphate (or ATP for short). It is an energy carrying molecule that captures energy from food when it is broken down and then goes on to use it as fuel, for example, when you’re doing a workout.

Creatine is important in this process as Creatine phosphate restores the body’s levels of ATP when they are low, so you always have a healthy supply of energy when you need it. This is especially useful if you are an athlete of someone that workouts often as it keeps your energy levels high during an intense workout.

As you can imagine, any added source of energy will be useful if you are trying to run further or faster. A study has shown that taking Creatine supplements can increase the lactate threshold by 5%, so you don’t get lactic acid build up in the body as quickly. This means that you will be able to run faster for a longer period which could prove vital for an endurance runner.

Likewise, another benefit to supplementing with Creatine is its ability to work in partnership with carbohydrates. When this happens, it raises the levels of glycogen stored in the muscle cells, so there is more energy there prepared for a workout. Creatine can raise these levels of stored carbohydrates by around 20%, therefore there is a lot more energy ready for use.

This extra added boost of energy can be extremely important, not only for a 100m sprinter. But if you’re taking part in an endurance race, the stored energy will give you the burst you need if you’re looking for a sprint finish to get a new PB.

But Creatine isn’t just useful when it comes to storing energy in the body. This amazing formation of amino acids also increases muscle protein synthesis which is necessary for muscle recovery. During protein synthesis, the small muscle tears created during intense exercise are repaired, with extra Creatine, it helps the muscles to recover quicker. On top of this, Creatine sucks water into the muscle cells, hydrating them which is essential for a speedy recovery.

Being one of the most tested supplements in the world, it is safe to say that Creatine has been proven to have benefits for those in the sporting world. However, with new evidence on the horizon, it is becoming even clearer that Creatine isn’t just useful for short burst of energy, but could also have a lasting impact on those participating in endurance running too.