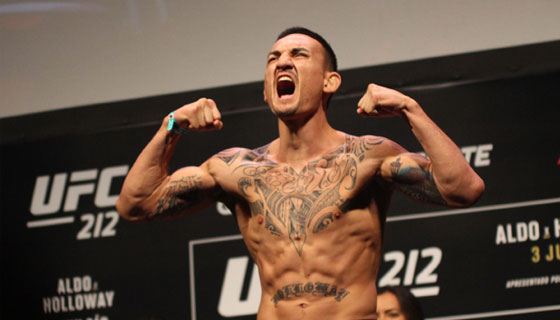 Hailing from Hawaii, Max Holloway, otherwise known as ‘Blessed’ is a Mixed Martial Arts fighter who competes within the UFC. At the time of writing, Max is ranked as the #4 pound for pound fighter within the company, and he is the undisputed UFC Featherweight Champion.

In his earlier years, Max was able to earn an unbeaten record of four wins and zero losses – gaining recognition as the number 7 featherweight of all time. As a result of his excellent performances, he soon found himself joining the UFC by 2012. Ever since he made his debut in the UFC, Max established himself as a dominant force within his division, storming to an impressive record of 19 wins in 22 fights.

As well as competing as a featherweight fighter, Max has begun to compete in the lightweight division too. This means that Max must adjust his diet and training accordingly in order to reach his particular goals and weight range. In the past, he has fought against several big names within the UFC. This includes the straight-talking Conor McGregor, who Max lost against by a unanimous decision in August 2013.

Max must follow an intense training regime so that he is able to remain in optimal condition throughout the year. The majority of his training consists of kickboxing, although he’ll also perform strength and conditioning workouts with his coach Darin Yap too. Many of Max’s workouts are performed at Gracie Technics Academy. With regular training, Max is able to continually improve his performance both inside and outside of the Octagon – becoming faster and more explosive in the process.

As Max has a purple belt in Brazilian Jiu-Jitsu, he also trains within this fighting discipline regularly. Check out his intense training methods in the video below. This showcases the mixture of training methods he uses when performing his conditioning workouts. As you can see, he utilises kettlebells, barbells, dumbbells, as well as running on a treadmill for cardio. 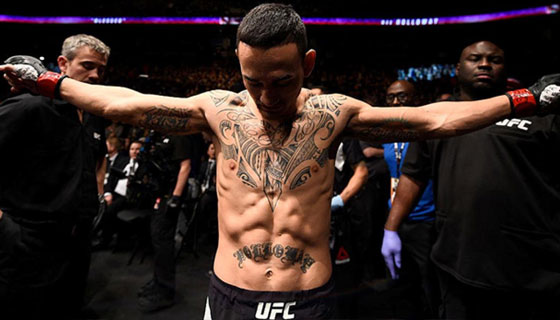 As an MMA fighter, it isn’t all about the training for Max. In order to stay in the optimal weight range for his division and fuel his workouts effectively, he has to follow a strict diet program throughout the year. To ensure that he stays on track with his diet, Max follows the advice of nutritionist Tyler Minton. You can view some of the recipes that Tyler recommends to Max and other UFC fighters on his Instagram page.

Some of Max’s favourite foods in his diet includes the likes of healthy complex carbohydrates such as sweet potato. However, to give himself a reward for his intense training sessions, Max will indulge in a cheat meal from time to time – his preferred treat is Mint Choc Chip Ice Cream. Overall, Max’s diet contains the perfect blend of complex carbohydrates, lean protein, and healthy fats.

In order to ensure that he reaches his fitness goals effectively and recovers quickly, Max uses the following supplements as part of his diet:

Can you use Pre Workouts for Weight Loss?