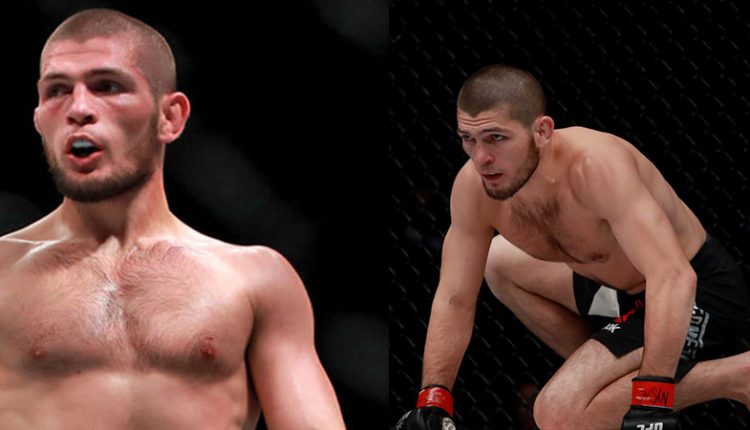 Currently undefeated Khabib Nurmagomedov is set to become a legendary MMA fighter. As a fighter his grappling, conditioning and ground work are seriously impressive. But how does The Eagle prepare for a fight? Khabib Nurmagomedov diet and workouts could play a key to his success.

The terrifying Dagastani fighter is from a wrestling pedigree. His father ensured that Khabib was wrestling and training in various martial arts. There’s even a video of a young Khabib wrestling with a bear as part of his training.

Khabib trains at Makhachev Freestyle Wrestling Club in Dagestan and at the American Kickboxing Academy when he’s in the United States. Since becoming successful within MMA, Nurmagomedov has gone on to form his own fight team Eagles MMA.

The sambo master has also got a degree from a Financial Academy with honors. 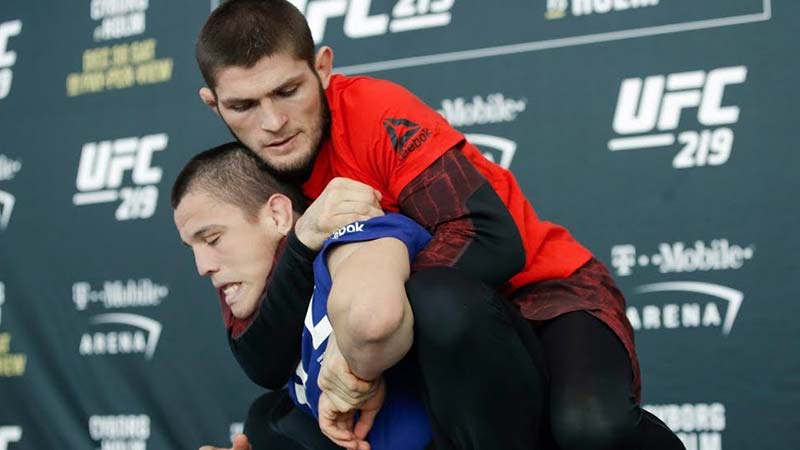 Typically, for a fighter who has trained with a bear, Khabib uses a fairly low tech approach when it comes to training. You’ll often find, especially with UFC fighters in UFC gyms, high tech equipment all over the place and obscure and cutting edge train methods. A far cry from the Rocky montages.

When Khabib trains in his home country, he does it as basic as possible. Videos have shown him lifting rocks, shadow boxing, running calisthenics and classic mit workouts.

This is a massive focus on the fitness side of the sport and the more supplemental work. Building up muscle, speed and all important fast twitch fibers.

Khabib stresses the importance of this kind of training in interviews.

Work to get tougher and stronger. Think things through. See yourself winning. It’s very important for a fighter to see success. When you are running up hills or doing chin-ups or parallel bar dips or pushups, there are no lights, no cameras, no fans––that is when holding onto your vision overcomes the obstacles.

He’s a big believer in repetition and the use of drills to fine tune his capabilities.  If he spars with someone, it can sometimes be a heavyweight.

For strength, body weight exercises are the order of the day. As mentioned above, keep things raw, lift heavy rocks and run up hills. Try to incorporate weighted dips into workouts alongside push ups and chin ups too.

By doing this you are keeping yourself extremely fit and avoiding adding any bulky muscle. By punching bags and wrestling, you are ensuring a rock solid core too.

An average workout day for Khabib Nurmagomedov runs like this:

This is a fairly intense day. So Khabib Nurmagomedov ensures he eats the correct food and nutrition to fuel himself for it. If you want to run a workout typical of Khabib we’d recommend something like this:

Rest for 1-2 minutes between exercises or how long it takes to switch between machine or station. 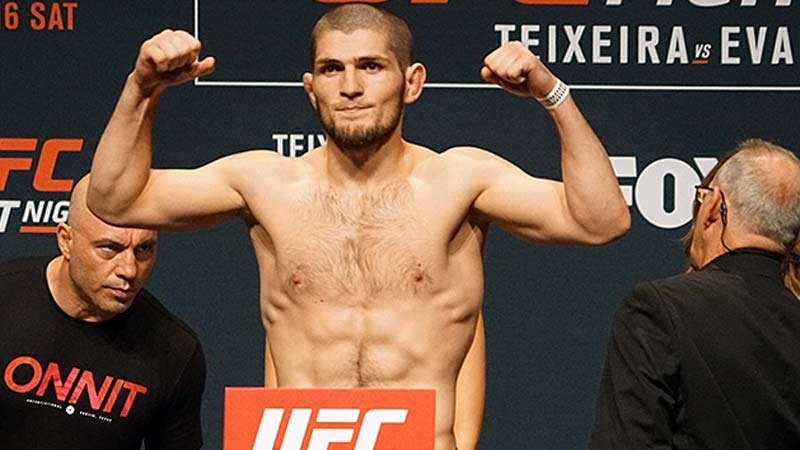 Khabib keeps a clean diet. He ensures he keeps things real and grounded just like his training.

You can’t out train a bad diet… period. Axing processed foods, synthetic sugars, and sodium is common sense. Calories are also considered. If you’re eating more calories than you’re burning, you’re bulking up and you’re not going to make weight.

It’s important though, that he keeps his weight whilst improving performance. Which can be pretty to balance out. Which is why the Dagastani fighter ensures he fuels his body with proteins to help his muscles recovery and avoid weight gain.

Famously Khabib has failed to make weight in the past though. Before his appearance at UFC 209 the fighter was taken ill. He’d reportedly had loads of junk in his diet at the time, which caused liver pains and saw him pull out.

When he cuts weight he generally ensures he maintains a stable diet for around 2 months. Focusing on fruit and vegetables with a little meat and bread. Khabib used to use IVs to help get nutrients and water into his system, but this was banned by the UFC. This leaves him with a much harder cut generally.

If you are looking to lose weight you can follow the below fighter diet plan from ONNIT. Remember, if you are cutting you need to drop meals and drop calories, but ensure you keep lean protein a main factor. This will make you fuller, but also ensure you hold onto as much athletic ability as you train.

Lunch
Large Green Salad made up of 1 cup Baby Romaine, 1 cup of Spinach, 1 cup of Cabbage topped with Cucumbers, Tomatoes, Mushrooms
Protein can be mixed in. 1 Can of Wild River Tuna. Just tossed with vinegar, mustard, green onions and celery.

Khabib works with supplements company Sann, in order to help make his weight cuts and athletic performance better. With Khabib’s diet, he does keep things healthy and fresh. Adding a protein supplement can bolster his intake.

He also recommends using GLUCOSAMINE CHONDROITIN, which is crucial for joint health. As a fighter, he is constantly putting a ton of pressure on his joints which can cause damage. So keeping them as healthy as possible is a must.

Khabib is fairly active across most of his social channels, but doesn’t give much away about the Khabib Diet plan. Instead you get to see him training and also occasionally trading blows with other fighters.