Who are the top male fitness models of 2018 and what is it that sets them apart from the rest? Their physiques will speak for themselves, and many of the men mentioned in this list certainly have bodies that they can be proud of.

However, in a sea of perfectly formed biceps and shredded abs, what is it that captures the respect of the people that flock around this men? Is it their perseverance? Their level of success? Their ability to relate to their audience in a way that forms a kinship of the body and mind?

Well, this Top male fitness models 2018 list will break all that down for you, giving you an idea as to what kind of men are currently leading the fitness community by storm..

Even people outside of the fitness community know about Dwayne ‘The Rock’ Johnson. He serves as an inspiration for many fitness models that hope to reach higher heights. The Rock is best known as a professional wrestler and actor, however, there was no way we could have excluded him from our Top male fitness models 2018 list.

Not only is Dwayne The Rock Johnson incredibly fit- having to train constantly for both competitions and films, he is also widely successful. A lot of the other names mentioned in this Top male fitness models 2018 list are people who are popular mostly inside of the fitness community, however, Dwayne takes that a step further by making his name known worldwide- even by people who have absolutely no interest in fitness models.

He entered in the top 25 of the Forbes magazine’s Top 100 Most Powerful Celebrities list, and has not left the top 20 since. He was also regarded by Muscle and Fitness as the Man of the Century. A lot of people get introduced to fitness because of him, and why would they not? His tall frame, which perfectly matches his sculpted physique, leaves everyone in awe. Awarding him first in our Top male fitness models 2018 list is well-deserved, and to be expected.

Killer workouts in Beijing. 🇨🇳🤙🏾 Training in a pair of my new @underarmour prototype ROCK 1 shoes. Put em thru another test in China. They passed. Sleep or no sleep. Push thru your jet lag fatigue and always get it in. It’ll make ya mo better. #Beijing #ROCK1s #WorldTour #JUMANJI 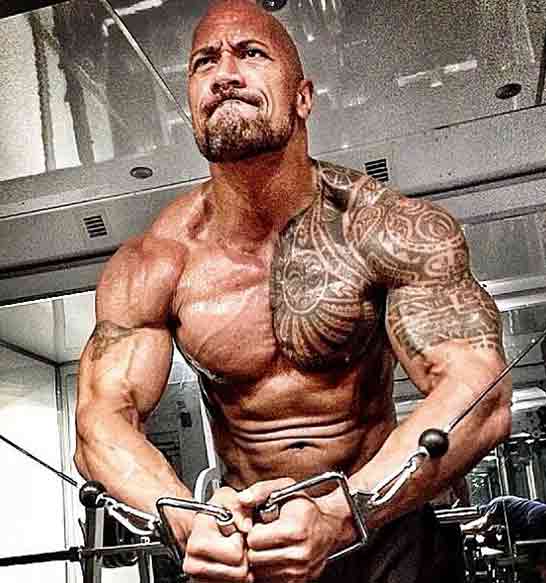 Lazar Angelov, a natural mix between an ectomorph and a mesomorph, has made quite a large splash in the fitness community. He’s managed to build his body up in a way many men would envy, bulked up and shredded to perfection.

At 32 years old, this professional fitness trainer remains very influential in the fitness community, and for good reason. He had struggled a lot when he was younger- trying to figure out the best way to make friendly with his own genetics to allow him a bigger and better body. All those years constructing and deconstructing his diet and workout has allowed him to have an open mind when it comes to the kind of things that worked for him and the things that might work for others.

He has  experienced intense collapses due to his tendency to lift heavy, but these didn’t stop him from persevering. Now, he serves as a spokesperson regarding fitness, and offers people the kind of help he had not received. The second spot in our Top male fitness models 2018 list, is well-deserved by this respectable man. 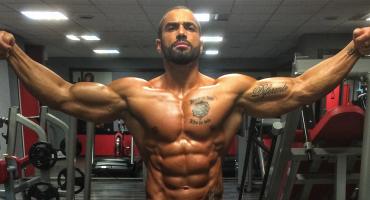 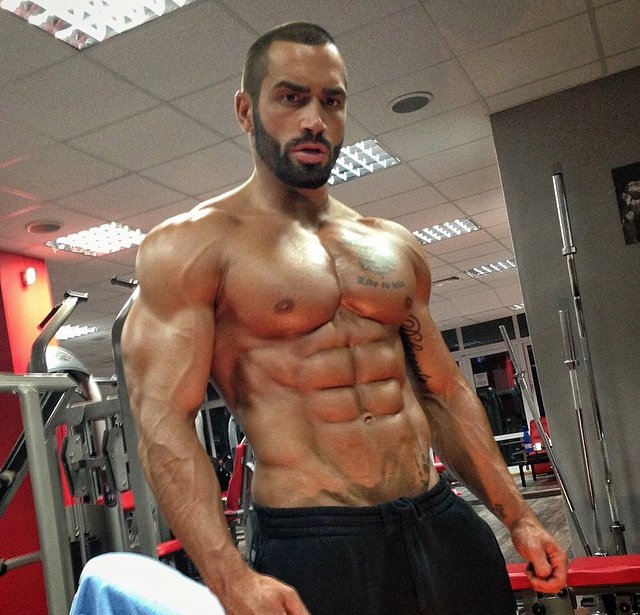 Third in our Top male fitness models 2018 list is Ulisses Jr. He’s known for his participation in bodybuilding competitions, and of course- let’s not forget, his famous shredded 8-pack abs. His body serves as an icon for many people in the fitness community, all of whom are at awe at the way his body had seemingly denied the impossible and achieved one of the greatest physiques in the world.

Of course, his bulked up physique- mixed with his staggeringly low body fat, has earned a lot of raised eyebrows- mainly from people who believe he could have never achieved what he had without the use of steroids. However, none of this had been proven, and Ulisses Jr. continues to compete and train- pushing aside accusations with the mentality of someone who just wants to succeed. 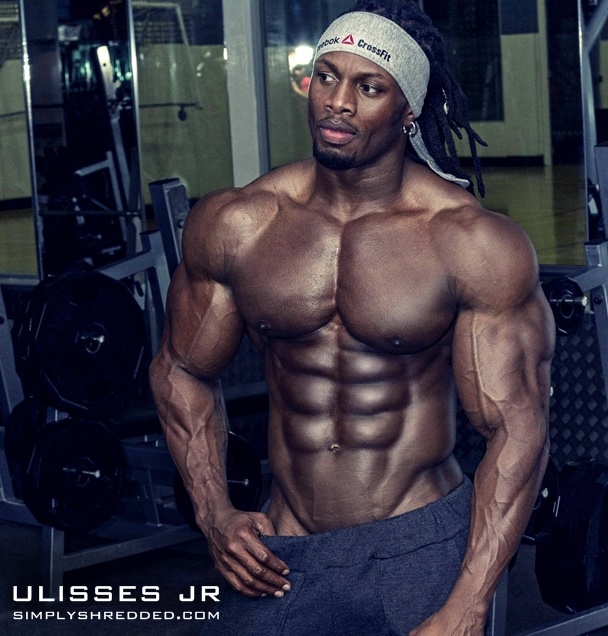 Although rare, there are people out there there- like Jeff Seid, that have dedicated what seems to be their entire life to bodybuilding. It is this passion and level of perseverance that earned Jeff Seid the fourth spot in our Top male fitness models of 2018. As a young child he had at first wanted to become a professional athlete.

An injury had derailed him from his initial goals, but it didn’t stop him from keeping on. At the ripe age of 12 years he had asked his parents to purchase him Weight Training For Dummies and a little do-it-at-home-gym, and he hasn’t stopped since. Now, he trains everyday, building up his strength and his aesthetic physique and inspiring others to do the same.

It took me 11 years of training to build this physique. Nothing worth having comes easy. – kinda missing these shreds tho 😭 the bulk continues.. 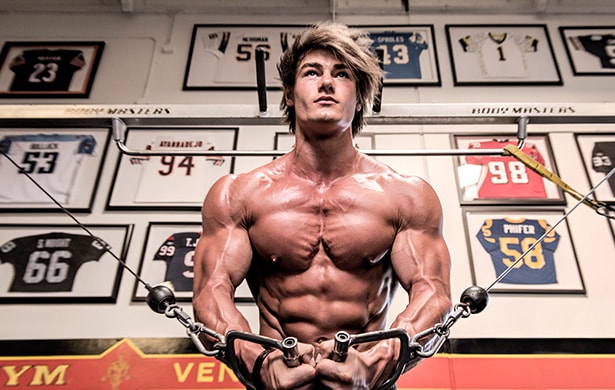 Marc Fitt is a mixed bag of hidden talents. He’s not really your average over-enthused gym goer, and in the beginning he had not been a big fan of bodybuilding or sports in general. Still, he did what he could to build up his body- having spent his teenage years much like any other man. His first choice in career had been to work as a part of a SWAT team, but something changed in the following years that inspired him to get into fitness modelling and nutrition.

Now, not only is he respected for his sculpted physique, he also gets a lot of praise from people who marvel at his ability to balance his career as a fitness model whilst running his own company.

New video is live! Link in Bio. Beyond excited for all the upcoming content! Spent 5 hours at the gym yesterday recording a new #TeamFitt Series (No you won’t train 5 hours lol). We plan on recording around 8-10 videos a week for the next couple of months to inspire you more and more. #Bye #Backonthegrind #FitnessLifestyle 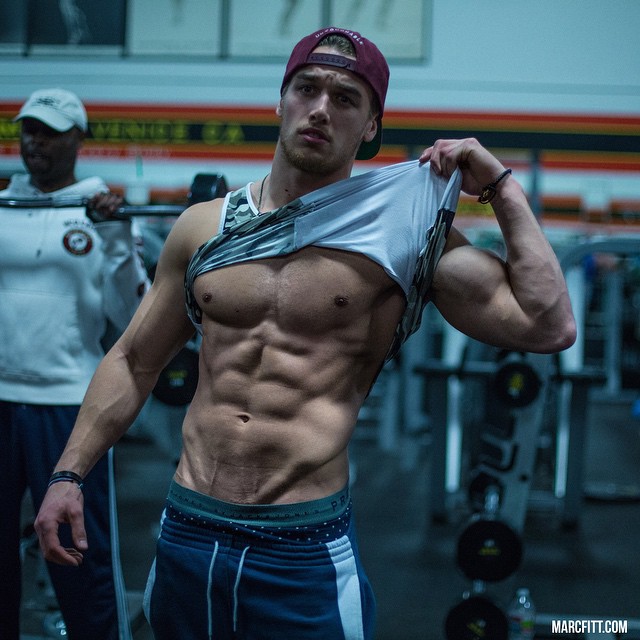 Number six in our Top male fitness models 2018 list is none other than James Ellis himself. James is an American born fitness model that has a story tell. His start had not been easy, and even though it seemed like there was no longer anything out there for him, he still managed to rise from the ashes and become the man he is today.

Now, he’s become one of the most successful fitness models in the community, well known for his appearances in countless of films and TV shows, as well as participation in the WBFF.

One of my many goals for 2018 is to run one mile each day. 🏃🏼 👉🏻Who is up for this challenge with me? Tag your friends to encourage them to join the challenge with you. 😉👌🏻💪🏻 – 👉🏻What are some of YOUR New Years Resolutions? 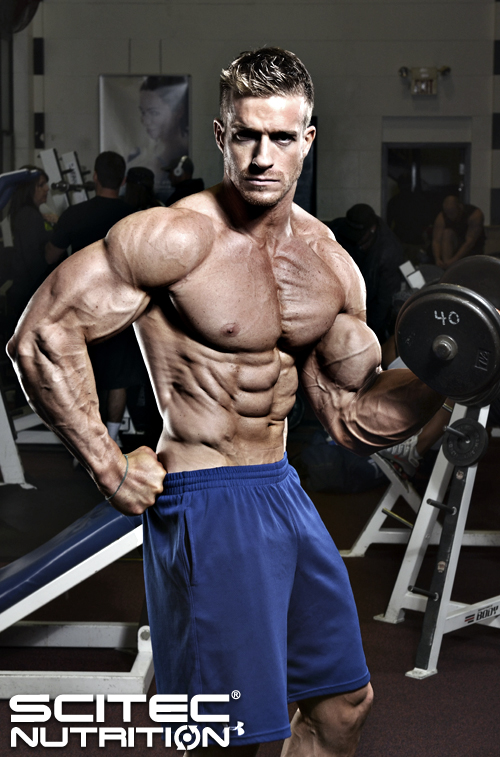 For someone who had gotten his start with home bodybuilding, Simeon Panda has certainly gone far. He went from participating in bodybuilding competitions to becoming one of the esteemed judges. Not only that, but he’s become a bit of an entrepreneur himself- having built up his own sportswear company.

To be able to judge bodybuilding competitions, one must have a good understanding as to how the industry works. This says a lot about Simeons capabilities as a whole, which is what earned him a spot in out Top male fitness models list.

For those big round delts, ensure you hit all heads of the deltoid, this exercise hits the anterior. Don’t keep it to yourself, tag & share 🤜🏾🤛🏼 . Be sure to download my Mass Gain Extreme Training Guide with all my routines at 👉🏾SIMEONPANDA.COM 🔗 Link in bio . 🏃🏾@sp_aesthetics Sportswear available at SP-AESTHETICS.COM . 💊Get all @dedicatednutrition supps at SIMEONPANDA.COM . #simeonpanda #exercise #deltoids #goldsgym #goldsgymvenice

When we’re talking about aesthetic bodies, Phil Heath is one that cannot be forgotten. He is number eight in our top male fitness models 2018 list, and is currently making history as we speak. He’s in the run with classic names like Arnold Schwarzenegger- for having won the highly-coveted title Mr. Olympia a total of seven times.

He’s certainly making quite a name for himself, although his body is all that is needed to do the talking for him. That bulk speaks for itself!

So….who else has a case of the Mondays [CHEST DAY]?! 😉 Mondays are typically international chest day so I am pretty sure most of you guys are Killin it today. Regardless of the body part, be sure to stay focused, embrace the challenges ahead for this week and literally compete against YOURSELF so that you can develop the positive momentum which yields success. I am very excited for all of my fans as I want you to go after your goals without hesitation. Be great, be courageous, be smart and continue to spread that positivity through your most genuine & authentic ACTIONS!!!!!! Now let's get to work! #PhilHeath #7xMrO #JustACaseOfTheMondaysChestDay #Phitapp #giftedathletics #FlexMagazine #Compex #FatGripz #schiekbelts #gettingready #TheGiftIsBack #2018WillBeANewPhysique #AndStill 🏆🏆🏆🏆🏆🏆🏆 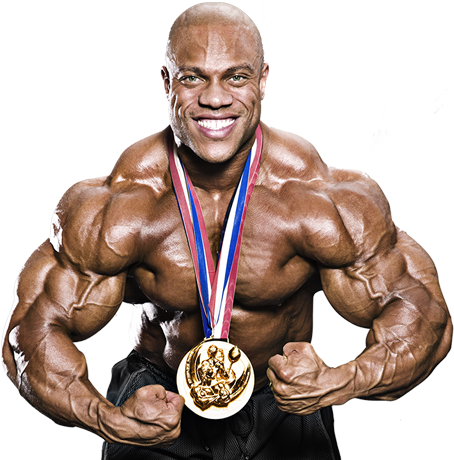 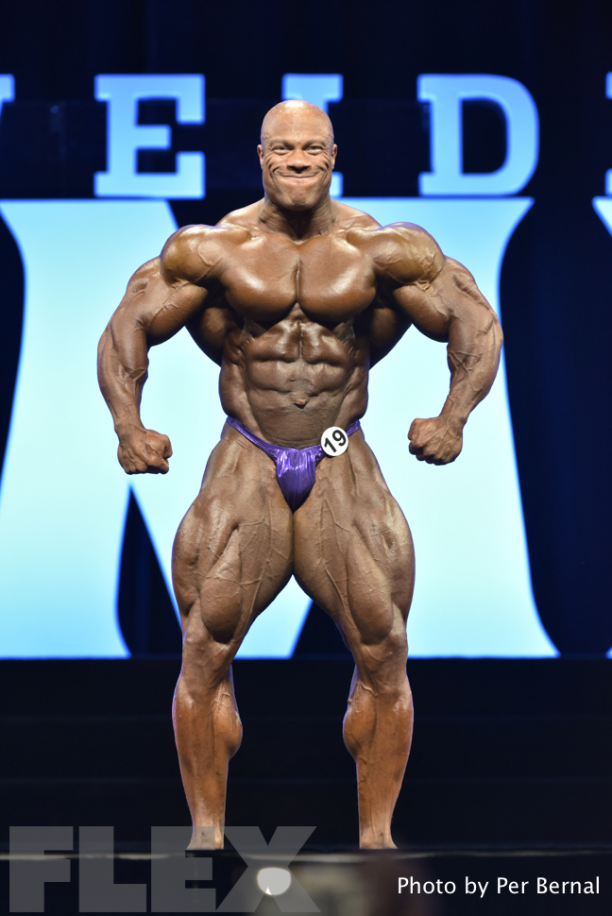 Outside of keeping his own body fit, strong, and healthy Kris Heath does a lot to help the bodybuilding community as a whole. From the start, he had always been of the business mindset, and this didn’t change even after he began travelling all around the world to educate people about fitness and nutrition. He’s a man who has a lot to say, and his audience is always there to listen.

✔️You'll get ripped they said. ✔️It will kill cravings they said. ✔️Our ingredients are backed by science they said. ✔️Our fat burner is the most powerful in the world they said. Was any of that true? ✖️Unfortunately for you, no! ❓How many times have supplement companies disappointed you with false claims and broken promises? ❓Have I or @kagedmusclesupps ever let you down with claims, promises and results? ‼️As you can see I always back up my knowledge with mileage. My before and after image success leaves clues. ✅CLEAN BURN has PROVEN time and time again to be the best fat burner to assist in people's transformational goals. We wouldn't source, create and launch a product it if I didn't believe it was better than anything else on the market. If you are following the FREE 8 Week Hardcore Video Trainer Reboot on www.kagedmuscle.com and combing it with CLEAN BURN, be ready to be surprised and more shredded. 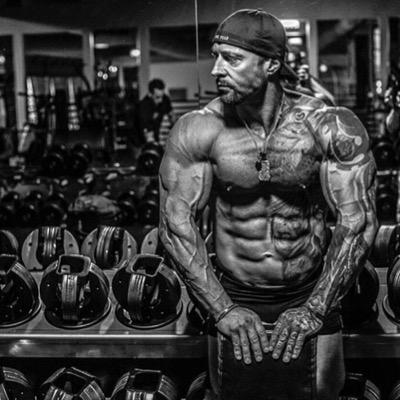 Even without going too deep into Sadik Hadzovic’s story, we can already tell how much of a respectable man he is. As a child, all he could ever hope for was to become one of the heroes spoken about in superhero comics. He built up his body and mind to embody that kind of personality.

His life was tough, even having been forced to flee their war-ridden home-country to seek refuge in a place that was foreign to him, but he persevered and now the world is left in awe with the sheer power of his will. All his personal training paid off, and he now competes professionally, allowing him the capture the respect of many.

Don’t let people convince you that you don’t have what it takes. If you work hard at something you will be good, and if you work harder you can be the greatest. Ignore the noise 👊🏼 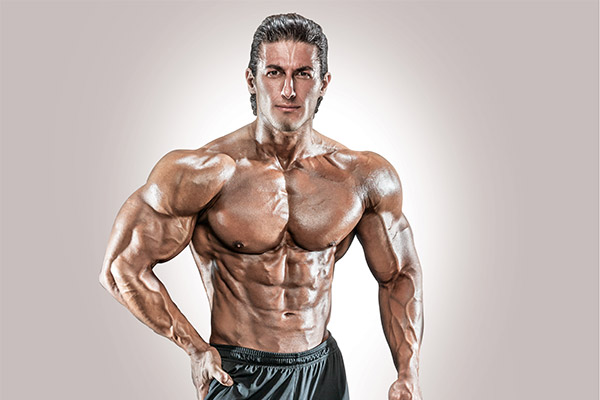 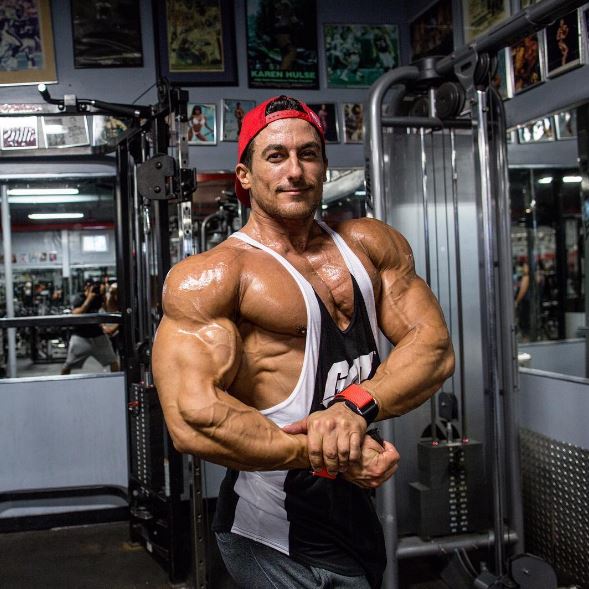