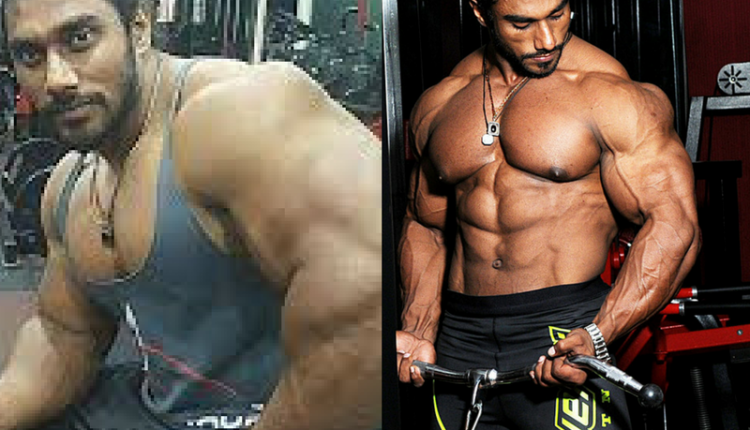 People who get into fitness come from all sorts of different backgrounds. Sangram Chougule is the perfect example of this. He had studied electrical engineering before he got sucked into the life of bodybuilding.

He’s made quite a name for himself in the world of bodybuilding and had even been declared as the “Bodybuilder of the Decade” by the Indian Body Builders Federation as well as a Muscle Blaze Athlete. He’s won the national championship at least seven times and had even snagged the Mr. Universe title for himself twice already.

The start of his career had been a difficult one, he began going to the gym for 3-4 hours per day, although his hard work quickly proved to be worthwhile when he won his bodybuilding competition. This first win is what propelled him to further his career in bodybuilding. 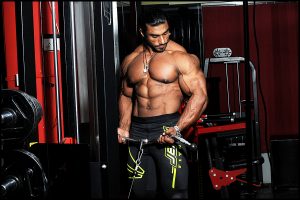 When it comes to workouts, Sangram Chougule emphasizes the need to start off at a pace that you are comfortable with. Overworking yourself at the start will not get you anywhere. The best way to start up is to do so slowly.

The quality of exercise is also important, he suggests that everyone hire a trainer so that they know exactly how things are meant to be done – which prevents things like injury or poorly down exercises.

Of course, he himself had not held back when he had first started. As mentioned, when he had first started bodybuilding, he had been training every day. For at least 3-4 hours each time. That much exercise is something most people are definitely not capable of doing, or at least something beginners shouldn’t do, as it’s more likely to lead to injuries than anything else. So make sure to get rests when needed.

Here is an example workout routine approved by Sangram, taken from here: 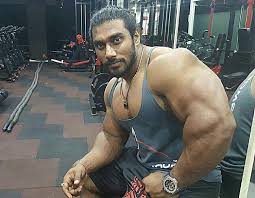 Although a good training routine is undoubtedly important, Sangram Chougule also emphasizes the importance of food and nutrition in his bodybuilding process. It’s not just about how much you train, but also the kind of foods you eat regularly and how they affect your body’s ability to build up muscle.

If you want a body that’s not only toned but filled with muscle, you must maintain a good amount of protein in your system. Sangram makes certain of this by supplementing the kind of nutrients he needs with fat burners and amino acids. This is especially effective with the cardio that he does every morning.

Of course, he also drinks protein shakes so that his body will have what it needs to maintain the kind of physique that he has. When it comes to diets, you’ll notice pretty quickly that everyone has a different one that they follow. This is not just based on the height and weight of the person, although that is a big part of it, but also on the kind of aesthetic they want to achieve.

If you want to lose weight and stay lean, then a low carb diet would probably work best for you. However, if you want to build up muscle like Sangram, then you will need to consume large amounts of protein per day. An increase in carbohydrates might also be necessary, depending on your metabolism and how much energy you will need for your workouts.

If you would like to follow Sangram Chougule’s fitness plan, then the best place to go would be his website. However, if you just want to be inspired by the kind of life he leads, you can instead follow him on his social media accounts.