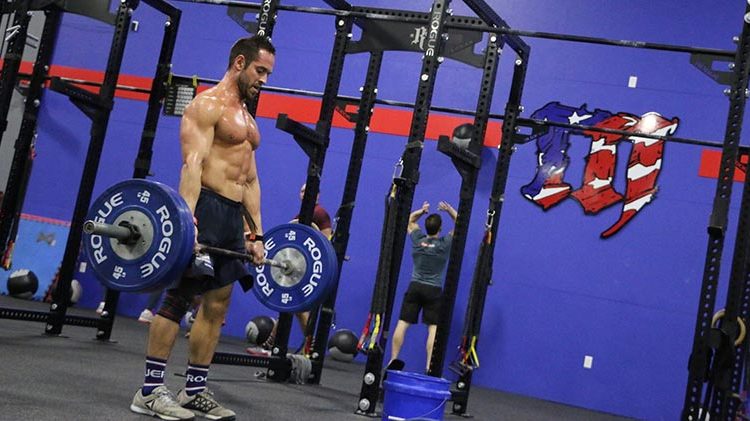 Once the fittest man in history, Rich Froning took home 4 CrossFit games championship titles between 2011 and 2014. During this time he also took home 2 worldwide open titles and didn’t stop there. There is a lot to be said about the intensity of CrossFit training, and with intensive workouts comes dialed in nutrition. Rich Froning’s diet is going to be something packed with clean, high energy foods. Foods that ensure he brought home the titles.

Rich Froning is famed for seriously intense workouts. You’d have to be so you can bring home multiple CrossFit titles. Rich has his own workout program designed, which is available to follow here for $50 a month. But when you see how much actually goes into a week for this guy, you’re going to have to be pretty nuts to give it a go.

A typical Rich Froning workout week consists of around 18 sessions. You read that right. 18 sessions over 7 days. If you’re still sitting there thinking, I’ll be able to workout like Rich Froning…take a look at what your typical Monday might become.

When it comes down to training, Rich does have a set of rules that should be taken into account when you’re hitting the gym yourself.

He’s a believer in training as he goes, without following a scripted training plan. Ditching the gym in favor of home workouts/training anywhere else. He also recommends as much as 10 hours sleep per night for recovery. If you’re training 2-5 times per day, you’ll need that.

“People don’t like squats, but it’s an essential exercise. Look at all the sports that people do—there’s some form of squatting in each of them.”

Rich also doesn’t take days off from training. Which is pretty apparent from those 18 workouts per week.

Rich is known for his pretty unorthodox approach to training. This applies to his diet and nutrition too. Whilst plenty of CrossFit athletes can be found sticking to a strict Paleo diet, Rich’s diet is pretty flexible. Instead listening to his body and not shying away from occasional sweet treats.

If there is an apple pie around, he’d probably eat the whole thing.

Typically he won’t eat too much in the day, but instead consume his calories via a few protein shakes. This leaves him room for a bigger meal in the evening. Rich’s diet also incorporates a lot of peanut butter. This is a calorie dense and high energy food.

Rich is also known for bacon. Apparently he consumes around a pound or 2 of bacon per weeek. Fitting with his aim to consume ‘clean-ish’ foods.

Rich Froning has confessed that he steers clear of vegetables, which may come as a nit of shock. Given that nearly every other person involved in Crossfit and fitness ALWAYS eat their Greens.

Rich explained his thoughts on vegetables in an interview; “Bro, I don’t eat veggies really. Ranch dressing on veggie trays is about what I do.” The confession continued, “I do not like asparagus or cilantro. I actually tell people I’m allergic so they don’t put them in my food.”

So if one of the fittest people on earth is taking a training focused approach to his diet, then provided you are willing to fit in 18 sessions per week, you could too.

One recipe that Rich shared online, which solidifies his love of bacon is his Bacon Explosion.

This crazy recipe is something that was initially developed by Rich and ‘Project Mayhem’. It tastes good but is pretty dense. Once again though if you’re training for 3-4 hours per day, you’ve got room.

Add the Ground Beef in one side and the Sausage on the other side flattening out and pressing into the Bacon. Pour BBQ Sauce all over top of meat mixture.

Then using the foil roll the Meat gently lengthwise to make a roll formation.

Completely secure the roll with the foil. It can be grilled or baked both in foil at 350 degrees for 40-45 minutes (safer to bake so it doesn’t break). Slice into roll and serve. WhaaaLaaa!

Mix all BBQ Sauce ingredients in sauce pan in medium heat. Slowly increase heat to simmer for 15 minutes while continuously stirring. Allow to cool then store in refrigerator.

Rich Froning is pretty active on social media and is currently pushing over 1 million followers online. You can check his channels below: