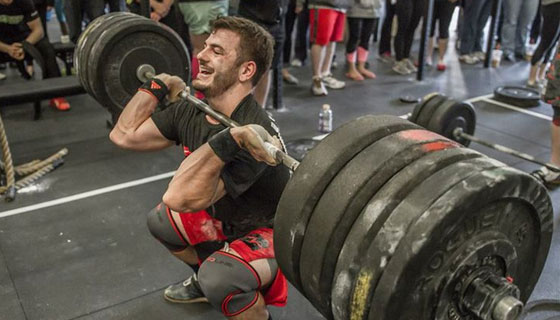 Matthew Fraser is the winner of the CrossFit games 2016 and 2017. He took home second place in 2014 and 2015.  Matthew Fraser follows a similar diet and nutritional plan to other CrossFit athletes, fueling himself for long and hard workouts. Mat once said about his diet though, that he had initially started CrossFit so he could eat more Ben and Jerry’s. Who can blame him?

Mat Fraser started CrossFit after an injury saw him stepping away from Olympic Weightlifting. Something he’d been doing for years before. After 4 months of recovering and substantial weight loss and fat gain, Fraser moved to CrossFit as it had equipment required for him to move back into weightlifting. After realising he was pretty good at it, and others seeing some potential, he stuck with it.

Matt began his career in the fitness world as a competitive weightlifter. After an injury saw him leave this behind he quickly developed his strength and fitness within the CrossFit discipline. Matt won a few titles as a junior weightlifter. So his passion was developed early on, at 12 years old.

Mat no longer trains his major lifts like most CrossFit athletes do. He takes time to focus and build on other movements, as he’s pretty confident with his PR’s for main lifts.

Mat trains once a day, making it a long 2 hour session. Unlike fellow CrossFit athletes Lauren Fisher or Rich Froning, who both train 2 sessions per day. There’s no major plan for Mat Frasers workout’s either. He generally will focus on “whatever will make me breath heavy.”

To ensure he’s always on top of whatever his weaknesses are, Mat will tend to focus on weak points for periods as long as a month. If you’re good at one thing and not another, you need to get good at the other thing.

If there’s a certain movement that’s a weakness, I’ll do that movement everyday for a month, until I feel like it’s become a strength. Then I’ll move onto the next thing.

Foam rollers and ice baths are both commonly used techniques for the CrossFit legend. He ensures a good recovery this way and is also a fan of sitting for 20 minutes and doing some static stretching.

Frasers rounded approach to training is possibly the one reason he is so successful. And one way he recommends everyone should keep themselves rounded is to train for function and not just competition. The focus should also be on ‘going hard’ and focusing on how you’ll feel if you give up or not. 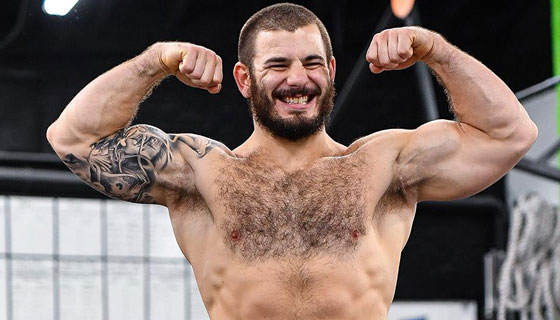 Matthew generally sticks to a Paleo diet which is a common amongst CrossFit athletes. This means he only eats real whole foods. Avoiding anything processed. Before starting CrossFit, Mat had to be very aware of his diet. This was due to class restrictions for weightlifting. Now though, he can eat basically what he wants.

He makes sure he eats straight after he completes a workout. To make this possible he uses food from a sponsor called Paleo Powered Meals. This avoids any time where his body can run on empty. Especially if the journey home is long and traffic is bad following a session.

If he was to offer one piece of diet advice, it’d be cut the junk. Whilst he still eats what he wants, it’s nearly always clean whole foods and he’s ditched desert.

He breaks his meals down into four or five separate meals a day. Cutting the bad foods from his diet saw him lose a bit of weight. But the benefit is, is that he can now train more consistently due to better energy levels. Without the junk food there is less sugar, and with less sugar comes less peaks and troughs for energy levels in the day.

In his 5 meals Mat will make sure he gets a good balance of foods. He doesn’t count macros or adhere to one specific way of eating. The ones he eats most regularly in his diet are:

“My breakfast every morning is from Paleo Power Meals: an egg muffin (the eggs with sweet potato and bacon baked into it), five strips of bacon, sweet potato home fries, and a cup of black espresso. Then on the drive to work I have a Fuel For Fire with a big glass of water.”

Mat tries to keep things as clean as possible when it comes to diet and supplementation. But there are a couple of products he uses to improve workout performance is Beta Alanine.

Through the day he will also supplement WODpack, which is basically a set of multivitamins. Ensuring he keeps topped up of all key vitamins and minerals.

He also includes a whey protein supplement immediately after workouts. The particular brand of supplements he uses are NF Sports – Beta Alanine, WODPak and Whey protein.

Mat keeps things completely natural and clean. If you’re looking to boost your performance in rapid time for CrossFit contests then we can recommend a side effect free, low calorie pre workout like 4 Gauge. Trusted by CrossFit athletes and bodybuilders to deliver insane mental focus and energy.

Mat doesn’t give away too much in the way of diet info or workouts on his social channels. But he’s still one hell of a motivational guy to be following!

Looking forward to catching up with @hinshaw363 #endurancecoach #hardworkpaysoff #HWPO