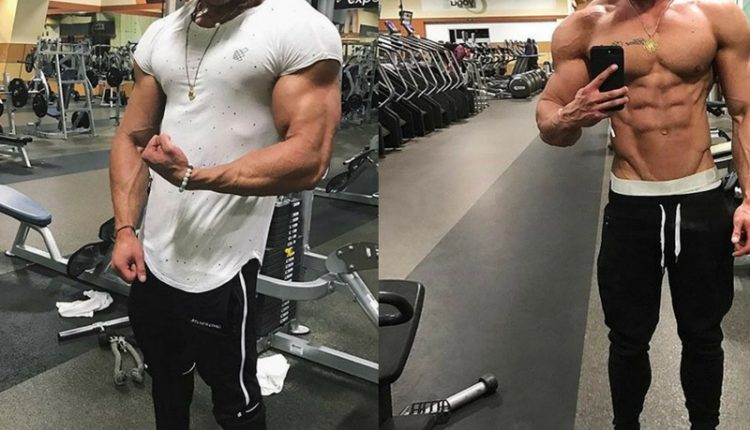 Jon Skywalker, with his aesthetic muscles and amazing perspective in the health and fitness lifestyle, can teach you a lot of things. However, one of the more important lessons would have to be this… beauty comes in all different sizes. See yourself as a diamond in the rough, and cut and polish yourself to your ideals. Whatever that idealized perfection is, make it yours.

As an ectomorph, Jon Skywalker faced a lot of hardships in his journey. In the beginning, it probably seemed like the whole world was against his dreams. He began his story anyway, as a lanky seventeen-year-old boy who didn’t have an ounce of muscle in his body, and not five years later he went from 145 lbs to 200 lbs of pure muscle.

Now, not only has Jon Skywalker achieved his goals, he went beyond that and has been influencing others through his big social-media following.

Because of the way his body works, with his faster than average metabolism and tall height, the transformation of his dreams required a lot of work. However, he kept at it. Not, giving up became his greatest strength, and soon he began to see the results.

Jon Skywalker had no need to burn fat, just to gain muscle. So he focuses more on toning and strength training because that’s what works for him. Because what works for one will not necessarily work for another.

Here is an example workout taken from his website, posted May 25, 2015:

If you’re wondering how it is that he maintains that physique, well you’re not alone. However, the answer to that might not be the one you want to hear. As mentioned, Jon is an ectomorph, he has spoken about it in several occasions and had once said “…the bad thing about being a tall ectomorph is naturally I stop getting hungry after like 30 calories, so 2 days of slacking on my caloric intake and I lose 8lbs!”

What this means, is that he has a harder time maintaining fat rather than actually losing it. His body is just not made for fat or water retention, which allows him to keep his low body fat percentage whilst keeping the muscle. He also has to bulk up often with foods that are high in proteins and good carbs.

He doesn’t follow one specific diet, he just keeps away from processed foods that he knows are bad, although he has been known to indulge occasionally as well to fulfill his cravings.

On his website he posted about having this meal in order to bulk up:

Here is a simple recipe that can be found on realsimplefood.com:

How to Make It

If you would like to get to know Jon Skywalker’s story on your own, you can purchase his  workout plants on his website: www.jonskywalker.com or follow him on his social media accounts: