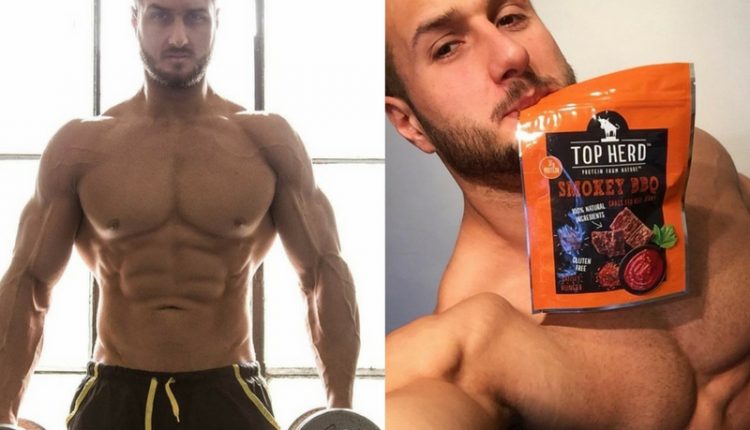 Emil Goliath is making a name for himself in the world of health and fitness. Not only is he a medical doctor, he helps other people achieve their fitness goals as well. For someone who had at one point weighed 142 kilograms (313 lbs), the effort he put into his new lifestyle is definitely something that leaves many in awe.

Now, not only is busying himself with his career in medicine he’s also an entrepreneur that also competes in various physical competitions. He had actually always had an interest in fitness, having enjoyed rugby as a young adult before transitioning into working out in gyms.

Once he reached this point in his life, the Emil Goliath we’ve come to know was born. What at first had been something he did for health reasons, became something he wanted to show off to the world- letting everyone know that this is something that can be achieved if you want it hard enough.

Because of his busy schedule, Emil Goliath’s training routine is often open-ended. There are things he aims to do each time. For example, he recommends around 5-6 days of workouts. The sixth is optional rest, but the seventh is required. He does what he can with the time that he has.

Every day that he works out, he makes sure to focus on one muscle group. So that everything is toned throughout the week. If he finds himself lacking in one muscle group, then he’ll go over it on the sixth day – rather than taking a rest.

Here are example workout posts that can be found on his Facebook page:

“Leg day with @luke_fisher_pt the only way we know how when we can’t be arsed to think:

There were minimal frills (one set to failure with bands) and the rest was 10ish reps increasing the weight each set for 4-6 sets. Just 4 exercises took about an hour and left us suitably broken as you can see from the facial expressions. Great session. Might even rest tomorrow”

3-4 sets or some reps on each. Working hard but not killing ourselves. There is such thing as training for the sheer enjoyment of training now and again.”

Another thing that Emil Goliath is passionate about, is food and nutrition. He’s very outspoken when it comes to not differentiating the foods that people say are ‘good’ and ‘bad’ for you.

He believes that what you eat doesn’t necessarily shape your figure, so long as you can keep it balanced. In that same vein, he had even begun something he calls the #veganbodybuilding where he tests out the effects of veganism to his physique.

Emil does believe that one should be careful of what they eat, but not so much that they keep themselves from eating the foods they want to eat. This is the same standpoint that he has when it comes to supplements. He doesn’t worry too much about it, although he makes sure the ones he uses work for him: Creatine, Vitamin D3, and Omega 3s.

“Post workout and lunch in one. Tofu, aubergine, posh bean leftovers from yesterday and some tomato with spring onion. Looks lush, tastes lush.#veganbodybuilding”

Here is a sample recipe for vegan posh beans from greatbritishchefs.com:

If you want to learn more about Emil Goliath, you can visit his website or follow him on social media: