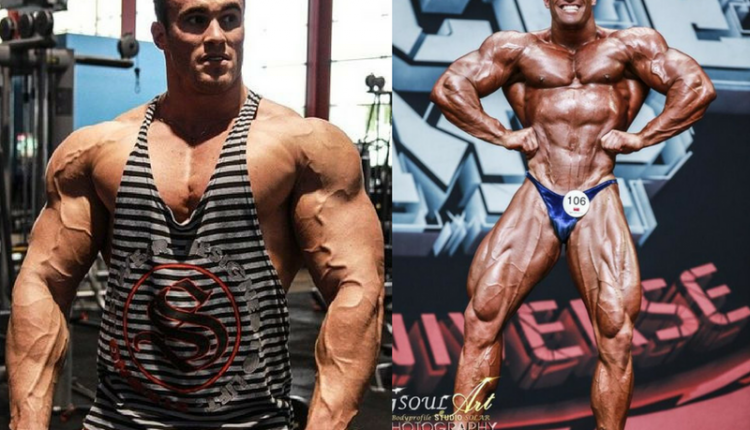 Calum Von Moger has a body that is reminiscent of the past. A classic physique that has been present throughout time. In the year 2017, Calum was casted to play Arnold Schwarzenegger in a biographical film that spoke about the Arnold’s history with the Mr. Olympia bodybuilding competition.

There are many people all around the world who aspire to be Arnold Schwarzenegger. However, only one person can say that they were able to achieve their dreams and actually become their hero.

Just the fact that he was able to catch the director’s eye, to be compared to one of the biggest and most well-known influences in the bodybuilding community, is something that Calum von Moger should definitely be praised for.

He’s an Australian born bodybuilder, that is making quite a name for himself. Not just in movies like “Bigger,” but as a fitness model and YouTube celebrity as well.

Bodybuilding is not for everyone. It requires a ton of effort, and that’s where many people would find themselves lacking in. It’s the motivation to continue, the will to make a change. This is why, in an article with bodybuilding.com Calum states that…

“Bodybuilding is not a task for me. It’s not a chore. I enjoy it. And I balance it out with everything else that’s going on around me…”

Calum has a training program that he set up personally, this routine can be purchased directly from his website. For the main plan, he has 6 weeks outlined with exercises and lifts that vary in difficulty based on the week.

The odd numbered weeks are setup to have a higher repetition count, which prompts your muscles to build, whilst offering it a small respite with moderate-intensity on the even numbered weeks. Alternating between the two is a good way of making sure that you continue to gain strength along with the muscles you want to build.

Calum does not count his macros, nor does he follow a strict diet of any sort. However, he does suggest that, for anyone starting out, to follow along with what his program recommends. This is to make sure that any beginners, or anyone who has yet to familiarize themselves with what a proper diet looks like, will have an idea as to how they can start.

One of the main principles that Calum follows, is the necessity of getting the right nutrients that needed to be able to make gains. In order to do that, you might have to consider changing a couple of things about what you had been doing. Whether that be the amount of times that you eat, or the kinds of foods you eat.

The first thing would be to get used to eating every 2-4 hours. Constant meals will help keep your body full, and provides a source of nutrients for your body 24/7. Of course, you’re going to have to provide your body with specific nutrients. Like carbs for energy and most importantly protein – to make sure that your body is able to make actual gains.

Make sure to check that you are getting the right amount of protein everyday. Someone who weighs around 200 pounds should eat at least 40 grams of protein per meal- five times everyday. Here are some popular pairings:

Someone of Calum’s standards is not likely to be taking fat burning supplements, but you can definitely catch many bodybuilders supplementing with protein shakes to catch up on their daily intake or investing in some pre workout supplements to keep their workouts efficient.