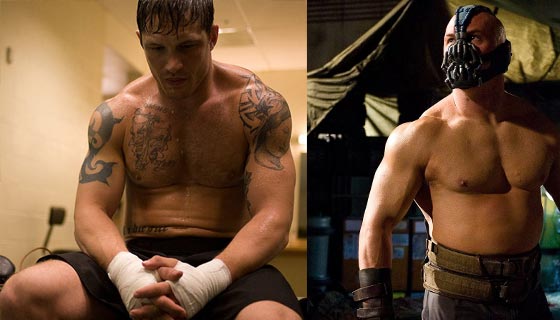 It’s impossible to ignore the size of Tom Hardy and his characters when he appears in films such as The Dark Knight Rises or Warrior. Whilst fairly short in height 1.75 m to be exact, he is an absolute animal in terms of mass. But what diet and training regimen does Tom Hardy have to follow to get in such good shape?

Tom doesn’t yo yo as much as other actors like Christian Bale. But instead keeps his body in a similar built shape for his roles. Which is why so many women especially, love the actor.

It’s fair to say that as a Hollywood actor Tom will receive fully dedicated and planned training for each of his roles. This means that he’s probably contractually obliged to attend training sessions and work with various people on every part of his workout and nutritional routines.

As an actor he needs to stay in the same shape throughout a shoot, so there is little room for error and generally a lot of money invested.

Tom Hardy generally plays bigger alpha male type characters. If you call back to Bronson, he plays the angry and fighty prisoner. More recently, it’s been reported that Hardy is training with MMA once again for his role in the Sony film venom.

A typical Tom Hardy workout involves a method called ‘Signalling’, which is when you train in multiple shorter bouts through the day. As opposed to one long workout.

He’s generally trained with the same coach for most of his recent films.

When training for the role of Bane, in which Hardy had impressive size, he followed the following workout;

Day 4: Back and Biceps

The lack of carbohydrates can make you a little crazy.

Depending on the particular role, Tom Hardy’s diet will change fairly substantially.

For Warrior, he was required to be a little leaner and more toned than in the Dark Knight Rises as bane. His diet for this role included 5-6 meals per day of lean protein and complex carbohydrates like chicken, fish, vegetables and oats.

This will have been measured according to Hardy’s specific needs and ensured he maintained as much lean muscle as possible whilst burning away some of his unwanted fat. 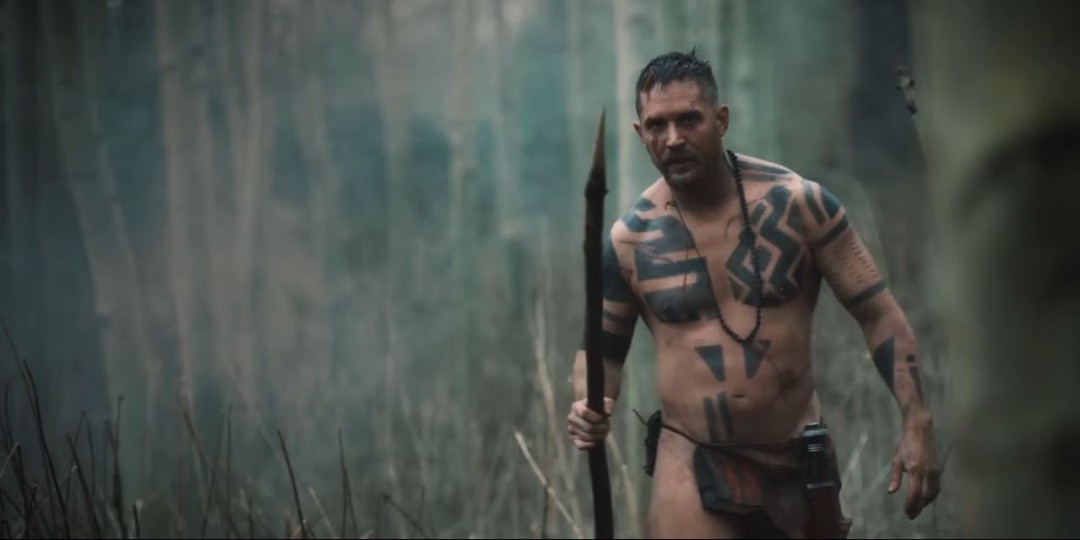 Tom would have packed in carbs and more protein to create a calorie surplus for his role in this film. This would have allowed him to focus on building muscle mass as opposed to losing weight and cutting down.

It’s likely that he stuck to eating his 5-6 small meals per day too, as this would ensure that he was keeping his body fueled for any training regimen he had at the time.

It’s like that he took on around 3000/4000 calories per day, depending on the workouts and probably followed the general split of;

This would allow his body enough fuel for workouts and protein and fats for recovery etc. Tom isn’t going to be someone who builds muscle easy either, and is likely a hardgainer. Meaning he has lots of muscle already so it’s going to be difficult for him to build.

For a good plan that is most likely similar to what Tom Hardy followed in The Dark Knight rises you can check out this Hardgainers Diet Plan from MyProtein.

Tom doesn’t give too much away when it comes to training methods. It’s likely that most of his training and nutrition principles are fairly standard however as he does have a classic stocky build.

Below is an example diet plan of 3,700+ calories for a training day.

If you want to follow Tom Hardy and see glimpses of his training and other stuff you can follow him here;