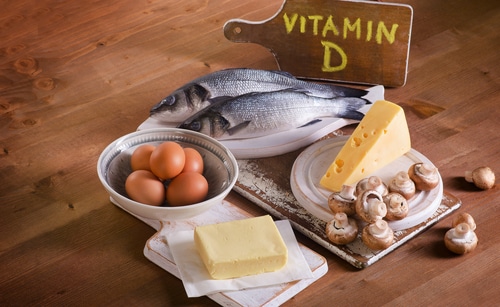 About 10 years ago, all of the leading names in fitness and nutrition were really starting to push vitamin D supplementation. It coincided with the low-carb and paleo popularity, where standard dietary and supplementation advice had started to be questioned. Whilst the ancestral health movement has lost a little momentum over the years, vitamin D is still seen as one of the more important supplements and continues to be recommended by leading names in nutrition.

In this article we’re going to look a little further into the vitamin D supplementation research and see whether or not it’s worth your time and money.

What Does Vitamin D Do?

Vitamin D has a largely regulatory role in the body – it helps regulate the amount of calcium and phosphate in the body, so is important in the formation and health of the harder tissues such as bones and teeth.

Beyond this, vitamin D has a contributory role in many other physiological processes, including…

Fundamentally, vitamin D is a versatile vitamin that has numerous contributory effects to a wide range of bodily functions. Where anyone is unlikely to be seriously deficient in vitamin D, are there any benefits to supplementation for the general gym user? First of all, lets look at how we get vitamin D…

The most common source of vitamin D is the sunlight. Exposure to UV light makes the body produce vitamin D from cholesterol. The reality is though the sunlight is only really strong enough (as in it contains enough UV light) from around April – September in the UK, so we can’t rely on it as a year-round source.

Other common sources are oily fish, eggs and meat. Essentially all of the cholesterol-containing foods.

Finally, the other major source of vitamin D is from supplemental means.

So, Should I Supplement With Vitamin D?

If you are a UK resident, I’d suggest vitamin D supplementation throughout the winter months – certainly until you’re seeing regular sun exposure of at least 15 minutes per day. Their positive association with so many physical functions means that it’s probably too important to miss out on. I’ll share some of the research around this below…

There is evidence to suggest that vitamin D supplementation has a direct beneficial effect on skeletal muscle performance, especially in force production. If you’re strength, power or hypertrophy training, this is a huge performance booster and is completely safe.

As an active guy with an interest in keeping lean, you’ll benefit from the improvement in insulin sensitivity afforded by vitamin D. Of course calories trump everything, but if you’re training hard and eating well, you want every single advantage you can have going for you.

A final reason for vitamin D supplementation (over the winter months in particular) is the link between injury and illness prevention and adequate vitamin D levels. In this study, a link between illness and injury proliferation and vitamin D deficiencies. If you’re active, you’re already stressing the immune system and opening yourself up to potential injury risk.

First of all, I’d always suggest you get your vitamin D from natural means – ideally sunlight, but secondarily from dietary sources. If these are unlikely or impossible (which isn’t as odd as it seems – if you’re vegetarian or vegan you’re likely to struggle, or if you suffer from a fish or egg allergy you’ll find it hard).

If it’s winter and your diet doesn’t help you out much then you have to go for supplements. Examine suggest… “For moderate supplementation, a 1,000-2,000IU dose of vitamin D3 is sufficient to meet the needs of most of the population“.

Vitamin D is a fat-soluble vitamin so has to be taken in the presence of fat, so take it with a meal, a fish oil capsule or a perhaps a fat source such as coconut oil.

There’s a swell of support for vitamin D supplementation from a lot of the high profile nutritionists and for good reason. As I’ve shown in the article, there is rock-solid scientific evidence supporting the inclusion of vitamin D in the supplement stack of any athletic and active people. From performance support to underpinning injury prevention and immunity, it’s a really versatile and important supplement.

There’s a reason I take it. I suggest you do too. It’s worth the cash.

For more reading on vitamins, take a look at the article ‘Are Multivitamins Worth It?‘

Steve Hoyles is a personal trainer, weight lifting coach and fitness author with nearly two decades in the industry. He can be found at Hoylesfitness.com and offers an online fitness plan called the ABC Programme, using weight lifting and HIIT techniques to improve your general fitness.

A1 Plus+ Thermo Review

Hearing Aids and Sports: What Athletes Need to Know

Bananas More Effective (and cheaper) than Sports Drinks for Athletes