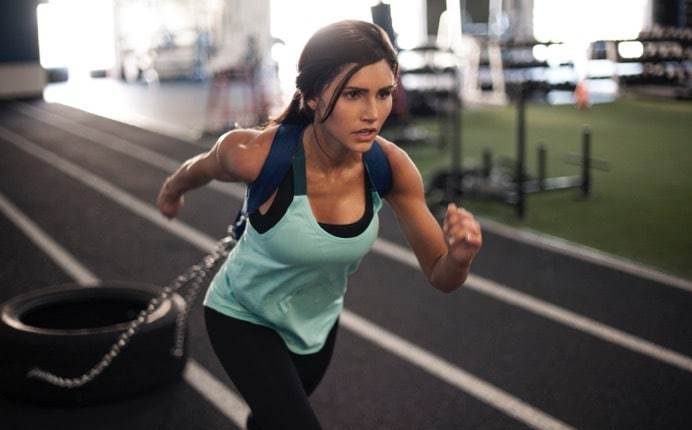 What differentiates them from one female fitness to another, and what qualities allows them to step over the rest? How do they manage to grow, not only their large followings, but a respectable reputation as well?

The top female fitness models mentioned in this article are all known for their rocking physique, all muscle and no fat, and yet all of them manage to develop a unique look that sets them apart from others who are of the same profession.

If you want to be as hot as the ladies that are on this list, then we’d recommend checking out our fitness model approved supplements list. That’ll get you shredding fat and smashing your goals.

Jen Selter is number 1 in our top female fitness models 2018 list, you yourself might be familiar with her beautiful physique, with her well-formed glutes, and a perfectly lean body that has caught the attention of almost 12 million people on Instagram. Her butt selfies are famous, and she has been known to offer both inspiration and knowledge to her many followers.

She’s famous, not just for her effective techniques but for her passion and attitude towards fitness in general. It’s an endearing quality that has enraptured many people online, and of course, her beauty is nothing to scoff at either. She continues to grow as a fitness superstar everyday, and everyone is hear for it.

Popularly known as the Queen of Workouts, next on our top female fitness models list is Alexia clark. Alexia uses a mixture of HIIT and Crossfit workouts to form her wonderful physique, her eye-catching beauty leads to many sponsorships and career opportunities. Like the well-known supplement Instant Knockout, which everyone in the fitness community is familiar with.

She posts a lot of instructional videos online, both experimental workouts and vlog-like spoken messages about fitness in general. Her charismatic persona and her beautiful aesthetics has certainly capture the attention of many. 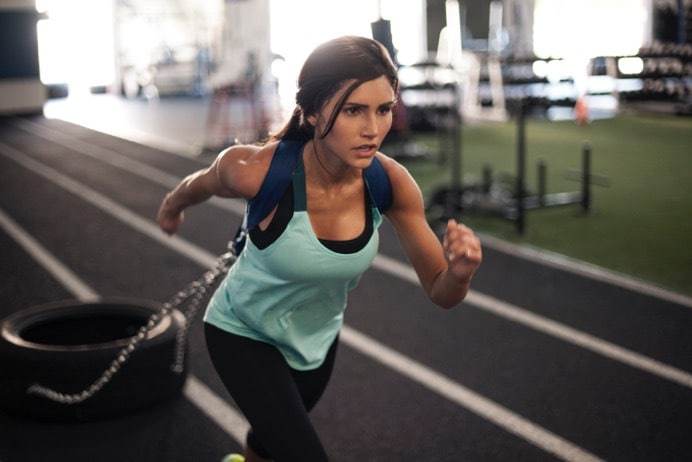 Misty Copeland is the person many girls wanted to be when they were younger. She’s beautiful, successful, talented, and so much more. Misty is considered the first ever African American dancer to ever be casted in a big production ballet film like Swan Lake. Not only that, but she has been recognized by the New York Times Magazine, and earned herself a spot in the Top 100 Most Influential People in the world.

Of course, a lot of her success comes from her hard work. Years spent on training and building up her level of experience in the beautiful sport-in-art-form ballet. She’s an inspiration to many, having made her mark in the world and looking gorgeous while doing it! Her beautifully lean form, flexible but well-muscled definitely earns her a high-ranking in our top female fitness models list.

#Repost @dannijo ・・・ 🎟💕👄Dirty Dancing👄💕🎟 This #wcw we’re honored to announce that Danielle will be interviewing our dear friend and #womancrush @mistyonpointe for a second time — this time about her latest book #BallerinaBody on Monday, Jan 8 at 7pm. Comment below with a question for Misty and our favorite two questions will be asked during the interview and the lucky two will be our guests at Monday’s interview in #nyc. We’ll announce the winners on Friday at noon EST. *must be 21yrs + to be eligible | You can watch our last interview with Misty for @harpersbazaarusby clicking through our instastory 🤳 Photo by @greggdelmanphoto #mistycopeland #boxerina #fitspo #bodygoals #ballerina #bodyinspo #wellness #goals

Another rising star, one that we can’t forget in our top female fitness models list, is Sommer Ray. She’s known for taking very beautiful photographs, which show-off both her beautiful physique and face. Whilst there are some that might dislike the fact that she posts many pictures of her well-formed glutes, she never disappoints in providing these eye-catching photographs for her large audience on Instagram.

Sommer started up a Youtube Channel of her own as well, making Vlog-like content that allows her audience to get to know her on a more personal level, as well as instructional shorts on fitness methods and techniques that she makes use of everyday. Sommer Ray had gathered almost 18 million followers on Instagram, and the numbers continue to grow, making her an influencer to look out for.

Female fitness models vary a lot in size, some are more lean than they are muscled. Of course, it all depends on what kind of routine they have chosen for themselves. Cass Martin is one of those women who have decided to go more towards heavy-lifting. She maintains a very straight-forward image of what a diet and fitness is supposed to be, earning her quite a large following on social media.

Believe it or not, this beautiful woman had spent quite a bit of time as a construction worker. Of course, her passion for fitness grew over-time, and she learned to love bodybuilding. She was inspired by the level of fitness some women were able to achieve with hard-work, whilst still maintaining a certain level of femininity.

Now of course, Cass Martin has become an inspiration to others. Her aesthetically lean figure, has earned her quite a bit of attention. Of course, let’s not forget her beautiful arms and biceps, perfectly toned to match her legs. 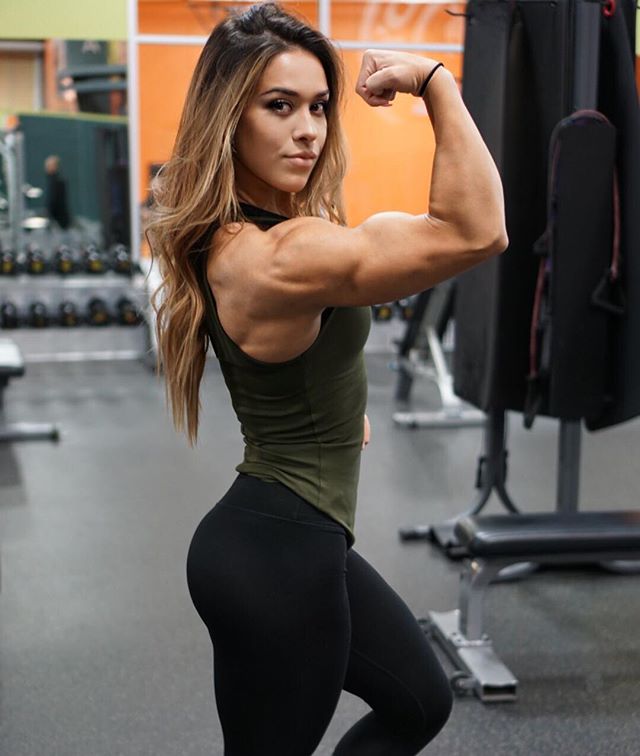 Next up on our top female fitness models list for 2018, is Heidi Somers, also called Buff Bunny. She’s famous for her participation in fitness competitions like the NCP, where she has earned herself the title as a world-class athlete.

Heidi certainly brings a meaning to overcoming the impossible. She’s gone through her share of troubles, one after another it seemed. This led her to downward spiral that she climbed out of with amazing will-power. After deciding to move to Texas, Heidi discovered a new love for exercising- specifically crossfit, and began her fitness journey.

Skinny to overweight, now a world-class athlete recognized by the world, Heidi is not someone that is easily forgotten.

Stronger than yesterday.🔥 Wrote myself a whole new workout program that I will be sharing on my YouTube channel very soon! 💪🏽😊 #HappyWednesdayyyy #LoveYall #LetsCrushSomeGoals 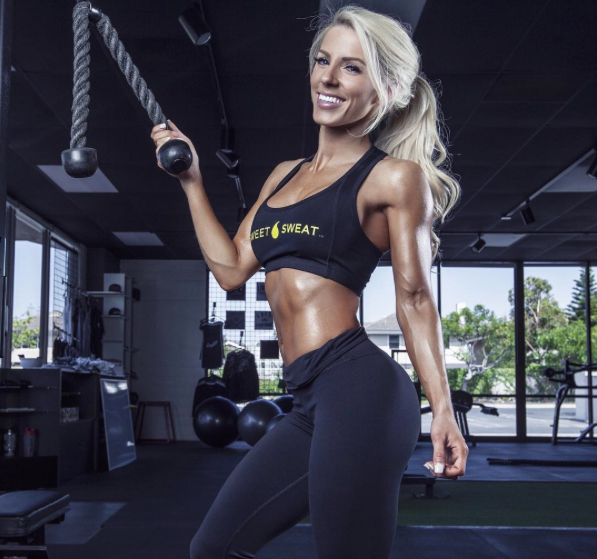 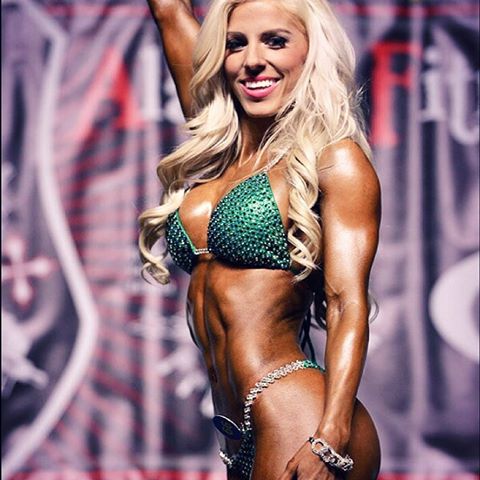 Courtney Tailor is a little bit of everything, not only is she drop-dead gorgeous, but her beautiful body has led her to many different career opportunities- including but limited to modelling and acting. If you’re familiar with modern TV shows, you might be able to catch her in popular films like American Psycho and The Lying Game.

Although she’s been exposed to fitness for quite some time, her passion for it evolved slowly. For a while, her focus was mainly on cardio and making sure that her body stayed perfectly lean, now she’s able to impart the knowledge she had gained overtime through her large following.

As much as I love being fit and healthy, I love trying new things (food, duh 😏) especially while on vacation. So I’m eating my cheese and croissants while in Europe, but compensating in a few different ways. 1- Drinking tons of water and having a cup of green tea a day to boost metabolism 2- Eating as many veggies as possible to get plenty of nutrients along with the yummy foods 3- I’ve been hitting the hotel gym at night to keep up with my routine 🙌🏼 It’s important to stay on track when possible, but don’t let calories and a workout split make you so obsessed that you miss out on fun things every once in a while! 💯 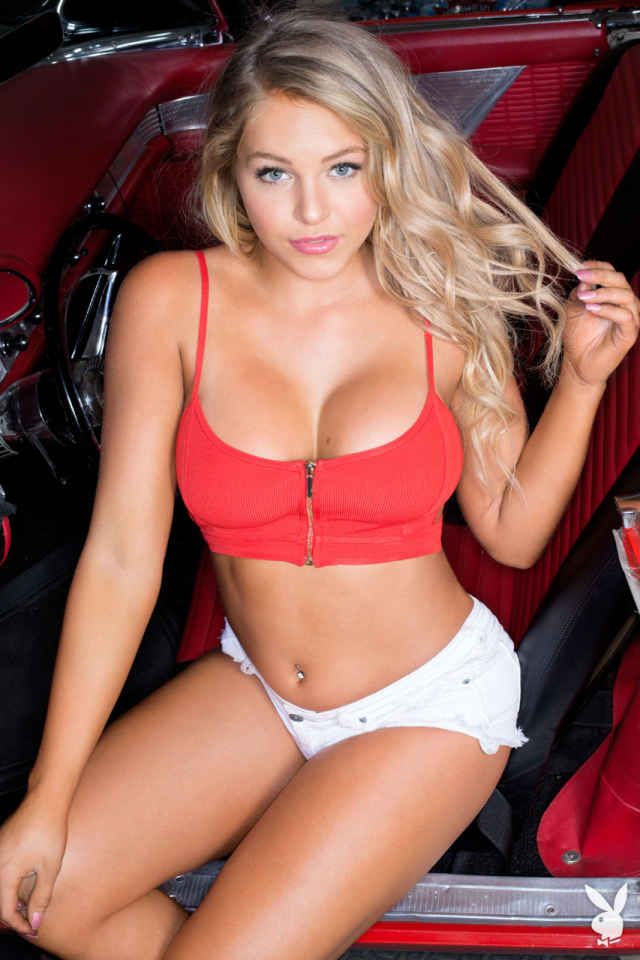 Anllela Sagra is another strong personality to add into our list for the top female fitness models of 2018. She’s gorgeous no doubt, but her willingness to work hard is something she’s very well-known for. She’s an easily-likeable figure and is definitely not afraid to attempt what others might see as impossible. Because of her personality, she quickly rose up in the fitness community, making a name for herself and being the first ever Colombian female fitness model.

Outside of her large following in social media, which continues only to grow and grow, she works as a spokesperson and trainer for health and fitness. With the way she’s going, she’s unlikely to stop until she reaches the very top.

In a group of women, Bakhar Nabieva is bound to stand out. She’s tall, she’s muscled, and she’s gorgeous. A lot of her followers call her by her nickname, Miss Iron Bum, and one look at her physique will tell you why that is so. Bakhar’s lower body is aesthetically beautiful, with well-sculpted legs that you don’t see a lot in people, whether they are men or women.

To complete her eye-catching look, Bakhar also has a set of large jet black eyes and long silky black hair, which forces people to stop and stare. Of course, it’s not just her looks that have stolen people away. With her body comes a very relatable story, one that she’s shared with her audience, creating a tight-knit bond that has brought them closer together. 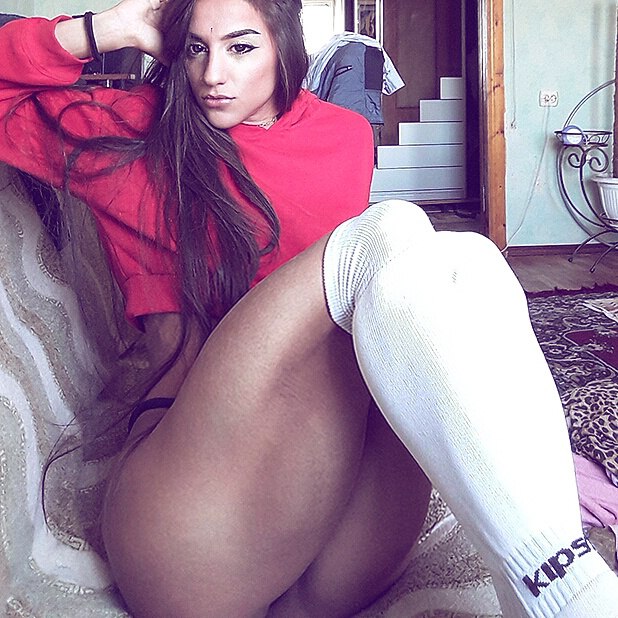 Paige Hathaway is a great spokesperson for Women’s health and fitness. She knows what to say because she’s been on that end before. Because she herself has had experience with the judgmental views of the people who have seen what she looked like and commented on the fact that she looked like a ‘man.’

Of course, most women are told to stay small, to be lean rather than muscled. However, there is no denying the beauty of Paige Hathaway. She, and every other female fitness model in this list, have made it their mission to be happy and healthy- whilst looking great and drop-dead gorgeous.

No matter what anyone says, Paige continues to rock her defined abs and her makeup, because gender shouldn’t limit anyone’s fashion or fitness, and she knows this very well. She’s the best kind of influence, and her audience continues to grow along with the changing times. 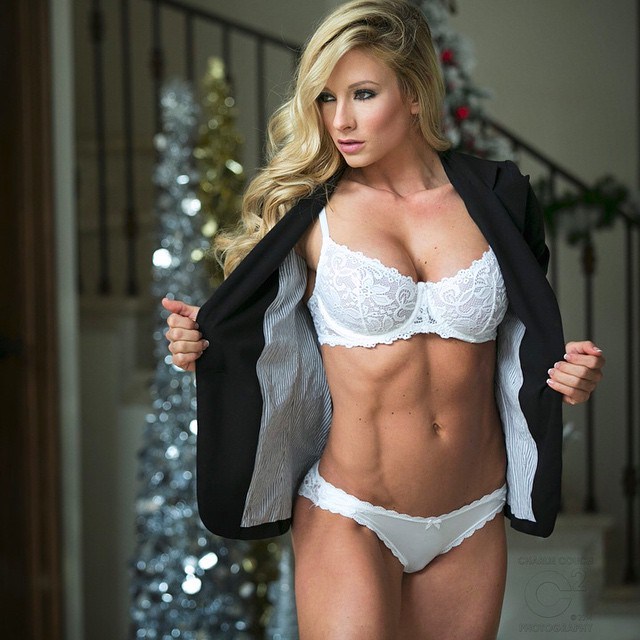