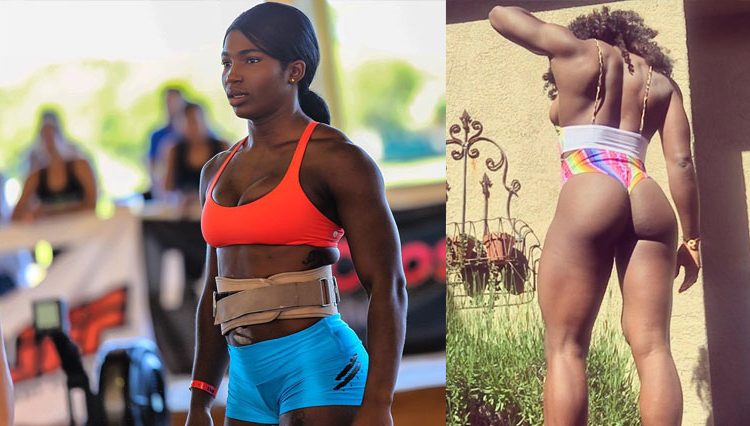 Quiana Welch is a CrossFit athlete hailing from America. She started her fitness journey from an early age – competing as a gymnast until she turned 11 years old. Eventually, she began to run track and played volleyball, until she decided to start playing within the Lingerie Football League. However, her slim figure meant that her performance on the field suffered. For that reason, she turned to the weights room in order to add lean muscle mass.

After she began to improve upon her physique, Quiana became inspired by the incredible physiques of female bodybuilders. After a year of training hard in the gym, Quiana made it her mission to follow in the footsteps of her idols. By 2011, Quiana had achieved just that – stepping onto the bodybuilding stage for the very first time in the 2011 Amateur NYC Championships, appearing in the same competition the following year.

However, Quiana didn’t perform as well as she’d hoped. So, it was at that point Quiana decided to switch to CrossFit instead. Ever since then, she has made a name for herself within the sport – breaking an American record at the 2017 Nike American Open Finals, achieving a 108kg snatch.

Quiana has a busy schedule at many points throughout the year. For that reason, she often has to split her workouts. Essentially, this means that she has to perform more than one workout per day. However, Quiana is dedicated to continually improving her performance, so according to her, it’s more than worth it – she does whatever it takes to reach her fitness goals, as long as it doesn’t impact her health and wellbeing negatively.

Quiana has said in the past that common CrossFit move the ‘Snatch’ is her favourite exercise. This isn’t surprising considering she set an American record when performing the move in a competition in 2017! However, some of her other favourite moves include deadlifts, clean and jerk, and the back squat.

Quiana’s training consists of a mixture of strength and conditioning workouts – essential to continually building lean muscle which will enable her to perform better both in the gym and in any CrossFit competitions too. Take a look at the video of her training below: 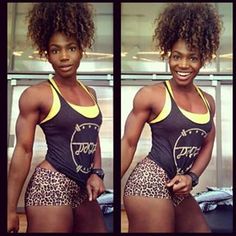 In order to ensure her physique remains in peak condition throughout the year, Quiana likes to base her diet around whole foods which not only allow her to build lean muscle, but they fuel her workouts, and allow her to recovery quickly from her intense CrossFit workouts too.

However, Quiana doesn’t follow a strict diet plan, which means her food choices are often rather flexible. By doing so, this gives her an incentive to stay on track with her nutrition plan by eating so called ‘unhealthy’ foods in moderation. Her favourite cheat meal is pizza with meat and extra cheese.

Overall, as well as regularly consuming healthy fats, Quiana also likes to incorporate lean proteins and complex carbohydrates as part of her diet, in addition to plenty of fruits and vegetables. Here’s a list of some of the foods which she commonly eats:

Quiana likes to keep her supplement stack simple, instead preferring to focus her diet on eating whole, clean foods. However, to aid in recovery and boost her overall wellbeing, Quaina regularly consumes the following supplements as part of her daily diet: