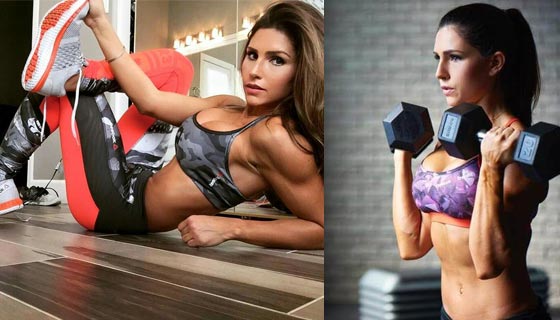 Recent years have showed a rise involving the relationship of fitness and social media. Hundreds of celebrity fitness personalities have since began to make names for themselves through the use of social media. Alexia Clark is a name that certainly rises above the rest. She’s a fitness model that has received a lot of attention for her charismatic personality and her beautiful aesthetics. There’s no doubt that she has become a role model for many people.

At the writing of this article, Alexia Clark had a following around 1.13 million people on her instagram (@alexia_clark) and that number continues to grow even now. It makes her one of the most followed fitness personalities on the site. Alexia is a self-proclaimed Queen of workouts, and she spreads her influence and her knowledge in the form of videos and short-but-informed blogs on her social media accounts.

Despite her busy schedule as a fitness model, she still finds time to prep her meals in advance, take a look at her example diet here, and to film workout tips for her audience. Of course, her workouts are a part of that routine as well. She prefers a mix of High-Intensity Interval Training (HIIT) and Crossfit, which she suggests to her audience as well. As she believes it provides not only muscle toning but calorie burning as well.

HIIT is a very popular form of exercise that has shown higher results at shorter periods of times. Alexia Clark has been known to prefer this because the fat burning effects of HITI rivals that of just regular cardio exercise.

The name says it all, as the exercise involves intervals at different levels of intensity. It’s a switch off between moderate intensity and high intensity. Switching between the two allows for for one to catch their breath so that they can push through once more. The high-intensity exercise make up a large amount of the fat burn, and the moderate-to-low intensity makes up the calorie burn.

A recent study compared participants who did steady-state cardio for 30 minutes three times a week, to those who did 20 minutes of high-intensity interval training (HIIT) also at three times per week. The study found that people who incorporated HIIT (even at shorter periods of times) ended up in more than double the fat burn.

This kind of result was replicated in other studies. Steadily paced cardio has been known to burn more calories, but HIIT has proven to lead to more fat burn. It’s also been said to have some effect on building up lean muscle mass.

All of this is made possible even without having to drastically change the diet of the individuals who had participated in the study. Which is something a lot of researchers are not looking into.

Cross-fit is something that has received a lot of hype in recent years. Researchers began to look into the benefits of the exercise, and have found some interesting little tidbits. Before that, we should discuss what crossfit actually is. Well, crossfit incorporates a lot of HIIT ideals, but exercise wise it embodies both strength training and cardio. 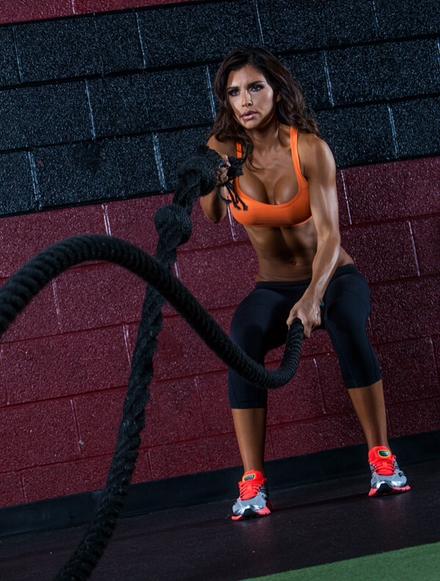 Because of the different benefits and effects that these two exercises have, they are usually done separately. Strength training is best for toning muscles and cardio for burning calories, it’s a powerful combination to be sure. Which is where the idea of cross-fit originated from. It’s based on an idea of balance, mixing weight training meant to tone with exercises like sprinting – which is meant to burn.

This, researchers have found, is an explosive combination that helps keep your body powering through exercises. It’s also a good way of putting together what you need to maintain a lean form without having to spend hours in gym.

Despite her busy schedule, Alexia Clark manages to squeeze in regular daily exercise along with a strict diet. She tries to work out at least once a week, and posts on social media whenever she can to update her followers about the kind of exercises she was trying this time.

The mixture of HIIT and Crossfit that she does is very effective when it comes to keeping her form lean and muscled, as both exercises offer a considerable amount of resistance training that makes it unnecessary to have to spend hours and hours in a gym for the sole purpose of building up more muscles.

Her main purpose in the end is to maintain the kind of physique that she has, by burning up the calories that consumes to make up for her high caloric intake of proteins and carbs.

As an internet personality, Alexia Clark provides a lot of content for her fans. Whether it be inspirational photos, quotes or even videos. Some of the videos that she has up on her social media consist of her speaking about certain exercises and explaining their benefits.

She also provides a certain amount of instruction, by giving her audience a visual of how all the exercises are meant to be performed, and the sets and repetitions that she follows. This gives her fans an idea of the kind of exercises that works for her and allows them to make use of said exercises without having to pay for any subscriptions.

She also provides more organized exercises for her fans that are just starting off their fitness lifestyle on her website.

She does occasionally post the exercises that she does on a particular day. Although the intensity of said exercises will be based on her needs. The following is an excerpt from a post that she made on both her twitter and instagram accounts…

“The Hotel Room Circuit from Hell

Most of her videos tend to be short, but very informational so there’s no harm in checking them out. If you would like a more visual approach, you can watch one of her YouTube videos. Like this one of her showing the proper way to do back squats and general squad progressions.