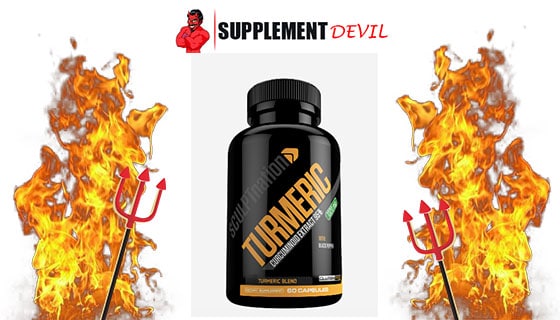 Sculpt Nation have a few supplements on the market. Our Sculpt Nation Turmeric Review will take a closer look at this supposedly innovative turmeric based fat burner.

We were pretty intrigued by the science of Turmeric and its apparent fat burning properties. For that reason, we decided to try the product ourselves for a few weeks.

In our review of Sculpt Nation Turmeric, we’ll look into the products claims, ingredients list, and whether or not it actually delivers on the fat burning front. 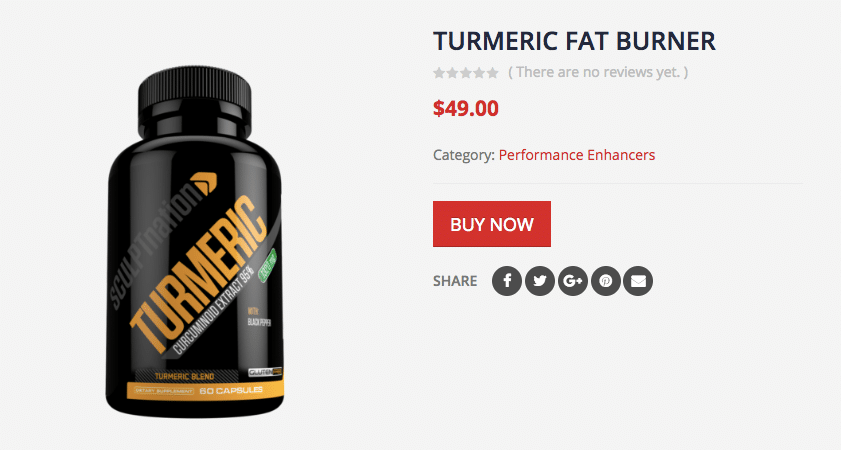 Like we’ve already mentioned, Sculpt Nation have a plethora of supplements on the market, and their website is great too.

It contains all the relevant information you need to know about each of its products – Sculpt Nation Turmeric included.

All of the product’s stated benefits are listed right there on the website. But, it’s probably best to do further research before you jump the gun and make a purchase.

We did like the color scheme of Sculpt Nation Tumeric, though. It’s appealing to the eye and isn’t too overpowering in terms of an overload of information on the packaging.

What Does Sculpt Nation Turmeric Do?

Sculpt Nation Turmeric lists a whole host of benefits you can enjoy when you take the product on a regular basis. Its claims include the following: 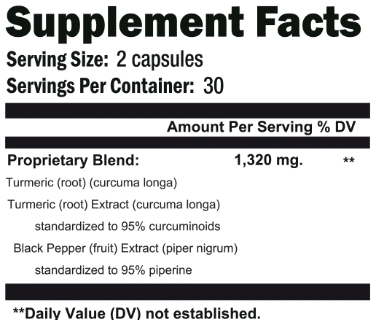 In terms of the ingredients list, it’s clearly pretty short when compared to other fat burner supplements. It’s solely based on Turmeric itself, and the product is sold on with the apparent benefits of Turmeric. This includes anti-inflammatory properties, which in fairness, is something we think this product does well.

According to Sculpt Nation, taking this particular fat burner supplement can help to increase your energy levels so that you’re able to smash through workouts and get those all-important gains.

While you’re on a cut, feeling sluggish can be a regular occurrence. This is likely to be down to the fact you’re in a calorie deficit, which is something you need to remain in to lose fat.

Other fat burners on the market contain a stimulant, which isn’t the case with Sculpt Nation Turmeric. When you’re in search of the best fat burner supplement, a stimulant is something that can be hugely beneficial. This is because it can give you a boost of energy when you need it the most.

Caffeine Anhydrous is undoubtedly one of the best fat burner supplement ingredients out there. But, only when dosed sensibly with under 200mg per serving. Otherwise, jitters and energy crashes are inevitable.

But, ultimately, the lack of a stimulant in Sculpt Nation Turmeric meant that we didn’t experience the claimed boost in energy.

As well as this, the claimed thermogenic properties of Turmeric weren’t as great as we’d hoped. We expected more from the ingredient. But, we found that we had better results from products which contained cayenne pepper seeds – a proven thermogenic ingredient.

2 capsules of Sculpt Nation Turmeric gives you one full dose. Within one container, there’s a total of 30 servings, equating to 60 capsules.

The ingredients are made of a proprietary blend, so this definitely isn’t ideal. This means that dosages of the contained ingredients can be masked by the manufacturer.

It’s best to avoid fat burner supplements which contain proprietary blends. Instead, you should choose a fat burner made by a company that is completely transparent.

We tried Sculpt Nation Turmeric for around two weeks. But ultimately, we gave up and decided to stop using it altogether.

This is because of the side effects which we experienced while using it. While they weren’t serious, it definitely put us off taking the product any further – along with the fact Turmeric failed to deliver on its supposed fat burning benefits.

While taking the product, we experienced heavy sweating, nausea, and mild diarrhoea – all of which aren’t exactly desirable.

You’ll know the product you’re getting is genuine when you buy Sculpt Nation Turmeric. This is because it’s available directly from the company’s website.

However, at a cost of $49.99, this is pretty steep, especially as Turmeric is far from the most effective fat burning ingredient.

That being said, up to $10 per container can be saved if you take advantage of their bulk purchase option. That’s a decent saving. But, you can definitely get better value for money elsewhere, and you can get a more effective product too.

Overall, it can be said that Sculpt Nation Turmeric failed to convince us that it was the best option to boost our fat burning potential. This was in spite of the fact it helped to fight inflammation within the body.

However, the side effects which we experienced and the high cost meant that it’s most definitely not your best option.

As well as this, the use of a proprietary blend means that the manufacturer isn’t being completely transparent with their ingredients unlike some of its competitors.

We’d recommend sticking to a fat burner supplement which contains a blend of ingredients which have been proven to work, as well as one which avoids proprietary blends.

We found that Instant Knockout – number one in our top 5 fat burner supplements list, fits the bill in that regard. It certainly ticks all the boxes when it comes to sending your fat burning potential into overdrive.

Taking Instant Knockout on a regular basis means you’ll be able to take full advantage of a tried and tested product.

Better results are guaranteed, and you’ll get better value for money too. So, it really is a win-win when it comes to increasing your fat burning potential considerably.