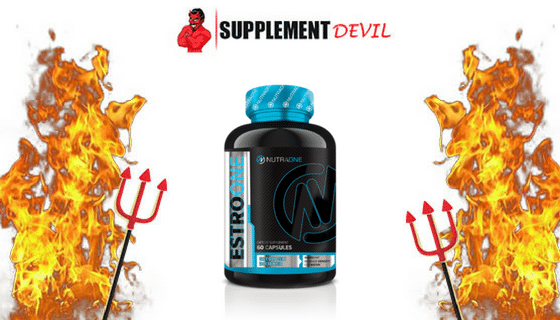 Our Nutraone Shred One Review will be exploring a fat burner supplement that’s sparking up some interest. As per usual, we’re going to be doing a thorough breakdown of all the important features. Will it be any good? Well, only the devil can decide.

To start off, let’s take a quick look at the overall branding. The bottle looks pretty good. They picked stand-out colors, so they spent some time constructing the product at least. NutraOne, the company, isn’t new either. It’s an oldie company, but not one that has any memorable products (to my knowledge.)

Of course, that can very well be changed with this new fat burning product, but that, we’re going to have to see in time! Continue reading to learn more!

How does the Nutraone Shred One work?

The first thing that we’re going to be talking about, is how this fat burning supplement works. To do that, let’s first cover the product claims. One of the first things that it promises, is to block estrogen. If you’re not familiar with that term, that’s what female sex hormones are referred to as.

Most fat burner products who try to be more than what they are, fail miserably. That’s not just us being pessimistic, it’s just fact. Whether or not the Nutraone Shred One will be that supplement for us, will be dependent on their choice of ingredients.

Which, speaking of, let’s head onto the ingredient breakdown! We’re going to be listing out all the relevant ingredients inside of the Nutraone Shred One and giving you an idea as to its overall level of effectiveness! 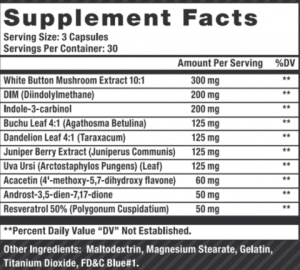 Is it something that I would recommend for a fat burner? Nope, not at all. Especially when you consider the risk involved (see side-effect section for more info.)

Dandelion is the next big ingredient inside of the Nutraone Shred one formula. It’s something that we see around, but not often (for good reason.) It’s an ingredient that helps you lose weight by sucking up the water in your system.

Basically, it dehydrates you and helps you lose some water-weight (temporarily.) I see this as more of a gimmick ingredient than anything else, and would prefer that it not be used in any fat burner that I take.

Also called bear’s grape, this is a plant that is largely unproven. It’s not something that I can claim does anything in particular. However, I do see it in the occasional fat burner formula as well for its supposed urinary cleaning benefits.

This ingredient is big for some fat burners, as it has been known to be an effective anti-diabetic for rats. However, these same benefits have not been found in human trials — which ultimately makes it an ineffective fat burner supplement ingredient.

The thing I found most shocking and awe-inspiring, is the gal of the NutraOne Company. They’re charging 64.99 US Dollars per 90-capsule container. That’s a lot of money! It’s a price that rivals the price that the top-of-the-top supplement go for. Which, as mentioned, astounds even me.

It’s admirable that they’re so confident about their supplement that they’re charging such a heavy price for it… but come on. That’s an arm and a leg! Especially when you consider the costs that will pile up as you purchase this at least once a month.

Side Effects of Nutraone Shred One

This brings our Nutraone Shred One Review to an end… and honestly? Well, there’s fire and brimstone alright, but not the good kind. Confidence in their product and stepping out of the fat burner box aside… Neither of those will change the fact that the Shred One is a shitty supplement.

There’s nothing about it that screams fat burner to me. Sure, they have ingredients like dandelion extract, which is known for diuretic benefits. However, that’s just a gimmick. It gets rid of your water weight (which can lead to dehydration) and tricks you into believing that you are losing weight.

The other ingredients here are pretty useless too. Like the DIM, which is more often used in t-boosters or the unproven juniper berry and bear’s grape. So yeah, I’m not impressed. My overall impression is that they tanked this one.

They do have other supplements, that could be better, but at the price that they’re asking this one for? Well, I’m just not up for it. Okay, but ranting and raving aside. If you want a strong fat burner that will actually help you lose some weight, then check out our Top 5 Fat Burner list instead.

There's nothing in the Nutraone Shred One that could offer actual fat burning benefits. That, in itself, makes it a fairly horrible fat burning supplement for me.

Why is caffeine good in Pre Workouts?