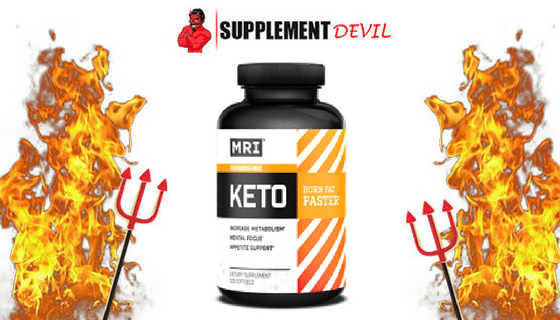 Our MRI Thermogenic Keto Review will be putting a Fat Burner product through our hellish analysis. This product is produced by the Medical Research Institute, otherwise known as MRI.

It’s pretty ancient, established around 21 years ago in 1997. They have produced their fair share of dietary supplements, and pride themselves in using only the best ingredients.

Of course, that kind of statement doesn’t really mean shit in this business. All companies claim to be better than the other. They market themselves, and their products as miracle-workers, when in reality, most of their products are crap.

This is the first time we’ve run into the MRI supplements company, but they have made quite the name for themselves. Their official website looks pretty good as well. So yeah, jaded as we are, we’re certainly up to giving this supplement a chance.

Of course, by the end of this analysis, we hope to have sniffed out every possible sin that this supplement committed. You should know by the end whether or not it’s worth taking, or if it deserves to be thrown into the pits of hell.

How does the MRI Thermogenic Keto work?

The MRI, as mentioned, is an old company. So this is not their first run around the block. They have all of their supplements FDA approved and seem to have a fairly decent following.

With the MRI Thermogenic Keto, they promise to provide thermogenic benefits.

If you’re unfamiliar with thermogenics. It’s a process that metaphorically heats up the body, prompting it to burn more fat. This is where ingredients like Cayenne Pepper and Green Tea are categorized, because of how they are able to boost one’s metabolism and prompt the body to burn fat.

Now, a quick look at the ingredients show that neither Cayenne or Green Tea was used in this formula. So that crosses out our favorite thermogenic ingredients.

So, why is the company so confident that their product is thermogenic?

Well, that’s what we’re going to find out now. We’ll look through their ingredients and see whether or not the supplement will be able to provide the desired effects. I’m telling you now though. Something smells fishy in here already, seems like the devil’s at work, because this isn’t looking good. 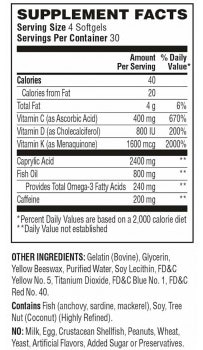 The most noteworthy ingredient in the MRI Thermogenic Keto is Caffeine. This is a natural stimulant, one that has been proven effective- based on countless studies(1). There is 200mg of caffeine inside of this supplement.

That’s the number that we usually recommend. However, you can still expect to feel annoyingly twitchy if you’re not the type to consume Caffeine regularly.

This is something that has been suspected of being an appetite suppressant as well as a stimulant. However, this has not been proven by actual research.

Fish oil is beneficial in that it’s packed with Omega- 3 Acids. However, it is not a fat burner.

We see the occasional vitamin inside of supplements. The MRI Thermogenic Keto is not a fat burner, however, it has been said to affect one’s hormones(2).

A lot of people seem to think that this is an important vitamin, and signs have pointed to it providing some kind of health benefit. However, it is not a fat burner.

The company suggests that the MRI Thermogenic Keto be taken 4 times before breakfast. Each container is worth 23.99 US Dollars. That’s freakishly cheap, a bargain even. Except, when you consider the ingredients and how they work.

Side Effects of MRI Thermogenic Keto

There is only one ingredient in the MRI Thermogenic Keto that can cause side-effects.

Let’s be real here. The Caffeine inside of this supplement should provide some benefit. It’s properly dosed, and should energize you in some way.

However, outside of that?

Well, it’s pretty damn horrible. There are only 3 main ingredients- outside of the vitamins, which every supplement has. That’s not a bad number, we usually prefer that the ingredient count stay low. BUT, the ingredients they used sucks.

None of them are proven fat burners. At most, you might get a buzz of something, but nothing that is thermogenic.

This might provide a small kindle, but it’s not the hellfire that you’re looking for. If you want to burn fat, then you need to find a supplement that will help you push your own limits. You need a monster that you can tame with intense workouts.

The MRI Thermogenic Keto is definitely being tossed into the pits, but if you’re still looking for a Fat Burner, that will get you the body of your dreams, then we recommend checking out our Top 5 Fat Burners Review.

The MRI Thermogenic Keto is a mildly effective supplement. There's no risk of side-effects, but it's too expensive for the minuscule benefits that it provides.