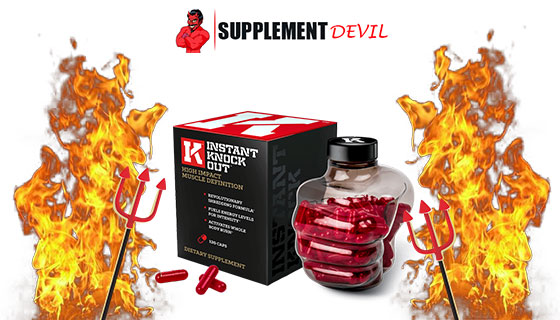 Our Instant Knockout Review will be putting the Fat Burner Supplement manufactured by a company called Roar Ambition through our hellish analysis.

Now, let’s get one thing straight. A lot of fat burner companies are more than happy to swindle you of your hard-earned cash by serving up literal shit on a silver platter. Finding a good fat burner supplement in this clogged-up market is about as difficult as getting through the gates of hell without having your head bitten off by dear ol’ Cerberus.

But guess what? Halle-fucking-llujah. Instant Knockout is devilishly effective, you can say goodbye to your Hail Mary’s, because these FIERY red pills are all you need to get rid of that stubborn bit of fat.

How does the Instant Knockout work?

Roar Ambition advertises, that the Instant Knockout, was a product that had initially been produced to help Professional Boxers and MMA Fighters burn fat before a fight.

As mentioned, many companies are more than happy to rip you off. They’re like soul-hungry crossroad demons promising you miracles, only to kill you off in the end.

Fortunately for you, Roar Ambition actually comes through with their promises. You get energy-boosting, appetite suppress-ing, and fat burning ingredients that can help you squeeze into your new devilish body. 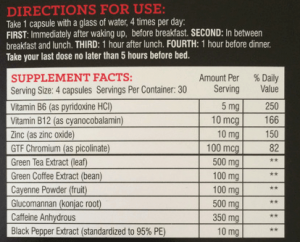 You can’t have a good fat burner supplement without some kind of stimulant, and that’s where Caffeine comes in. It’s the best and most widely-consumed stimulant out there, and if you’re not already chugging enough of it in your daily cup of coffee or tea, then getting some more ain’t going to hurt anybody.

There’s 350 milligrams of Caffeine in the Instant Knockout, which shouldn’t be enough to get ya twitchin’ like mad, but it’s definitely enough to wire you up for some burning-hot exercises.

Saying no to that last bit of devil’s food cake is tough, but that’s where Glucomannan comes in. Outside of helping you burn more fat, the Instant Knockout also keeps you from gaining fat by using this bomb-ass appetite suppressant. It’s made out of a fibrous material that keeps you feeling full.

We can’t review the Instant Knockout supplement without talking about Cayenne Pepper. Consuming enough of this is sure to set a fire inside of you- the good kind of course. It’s the slowest of slow burns, allowing you to lose weight constantly by increasing your metabolism- heating you up like a good lil’ devil.

The Instant Knockout Supplement can only be purchased from their official website. Miracles don’t come cheap, so prepare to sell your soul to the devil for this one, because a container of one of these bad boys cost around 59.99 US Dollars.

That’s around 120 little-reds coming your way, and with you needing to take about 4 a pop, that should last you for a good month before you’re in need of a new one.

Side Effects of Instant Knockout

All the ingredients in the Instant Knockout are clinically dosed, which means, that they’re as maxed out as they can get without being too dangerous. However, noobs might still experience some of these side-effects:

I’m telling you now, you’re not going to get a much better deal than this. Time for you to sign your name in blood on the dotted line, because Instant Knockout will get you absolutely shredded in no time.

You can expect to see results with Instant Knockout very quickly. All the best ingredients are here, and perfectly dosed. There’s Caffeine to provide energy, Glucomannan to suppress your appetite, and Green Tea & Cayenne Pepper to boost your metabolism. It’s the perfect package.

A devil of a deal. The Instant Knockout boosts your energy, suppresses your appetite, and burns fat quick by kick-starting your metabolism.