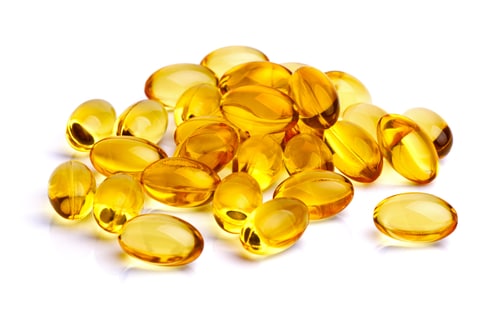 Are Multivitamins Worth It?

I’ve got a question to explore – are multivitamins worth it? General health has fallen down our priority list, but is it time for a re-think?

In the supplement world, we’re probably guilty of being overly focussed on a couple of things – building size and improving performance. Both of them are perfectly legitimate aims – nobody gets into lifting to reduce muscle size and decrease their physical performance, do they?

But what about the other stuff, the (possibly) boring, even mundane stuff – our general health? Is there room for supplements that help us just keep the engine running smoothly?

See the best multivitamins for Men Over 50

What I’m going to look at in this article is the role of the multivitamin supplement and explore the question of ‘are multivitamins worth it?’ I’ll look at what the scientific research says and what my anecdotal opinion, built up over a couple of decades and hundreds of personal training clients says.

Whilst focussing on adding quality mass is arguably most men’s primary goal, what good is it without a good set of underlying vitals – hormones in balance, vitamin and mineral levels in check, low levels of CRP and inflammation and the like? Big and strong is only really worth it if you feel good underneath it all.

We’ve also got to consider the preventative measures and benefits of a multivitamin – could we take something to help prevent illness in future? Most young men don’t think about that, but should there be room for something with a longer term benefit in mind? True health has a longer term aim – we want to be training 20, 30 and 40 years from now.

By the end of the piece we should have a clearer idea about multivitamins and whether or not they should form part of your stack, or are you just wasting your money?

The Role of Multivitamin Supplementation

Nobody takes a multivitamin to dramatically improve their health – even the manufacturers (who are prone to making ridiculous marketing claims) don’t say that. They’ve found themselves a niche as a support to overall health. They’re not supposed to be responsible for creating health, they just support the pursuit of it.

Research shows that multivitamins don’t have any real performance enhancing benefits anyway, so using them and expecting an upturn in how you look, feel and perform is likely to result in disappointment. There is a suggestion that some mineral supplementation is effective in performance improvement, but that will require a much more targeted approach to address specific mineral deficiencies, which would have to be identified beforehand using specific tests.

So when is multivitamin supplementation useful?

When you consider multivitamins as insurance and nothing more, they start to make sense. The research around using them as a targeted approach to addressing specific nutritional deficiencies shows them to be ineffective, but research questioning their use as a more general way to address nutritional gaps suggests that they have their place.

There is a suggestion that long term multivitamin supplementation can have a preventative effect on a wide range of conditions, including cancer (especially in men), neural conditions, osteoporosis, cerebrovascular diseases and anaemia.

The bulk of the meta studies and longer duration research shows that there isn’t a long term negative effect on general health and that any possible (but very unlikely) increase in risk of disease is outweighed by the potential health benefits of multivitamins, either in preventing or delaying a variety of diseases and conditions.

Should I Take a Multivitamin?

The research suggests that taking a multivitamin is going to be a long term benefit. It’s like paying into a pension every month for years – you don’t particularly enjoy it and it’s hard to see the benefit of sacrificing a few quid out of your salary every month, but when you get older you’ll be glad you did.

Anecdotally, I think there is a benefit to taking one. Whether it’s a placebo effect (unlikely, given there is some support in the scientific literature) or not, on balance it’s a way of making sure that you don’t have any massive holes in your vitamin and mineral levels. If nothing else, you’ve got it as a nutritional insurance policy.

What is true is that multivitamins will never replace the fundamentals of a healthy diet. A regular intake of high quality protein, plenty of fresh fruit and vegetables, lots of fibre, high quality carbohydrates, plenty of water and enough sleep will always underpin great health – you can never replace that with a convenient little pill every day.

Believing you can abuse your body with a shitty diet, too much booze, not enough sleep and training too hard as long as you take a multivitamin is pretty wide of the mark, but it’s still probably, on balance, worth taking as a good backstop to health and wellbeing.

So, Are Multivitamins Worth It?

On balance, I believe that yes, they are. I’d say you should take your multivitamins, but don’t rely on them. They’re not a magic pill that can undo any abuse you put your body through, so keep that in mind.

Answering are multivitamins worth it isn’t an easy question, because the outcomes which they are measured against aren’t particularly clear – ‘general health’ is really hard to define. All things considered though, they do more good than harm so it’s got to be a win for your health!

Steve Hoyles is a personal trainer, weight lifting coach and fitness author with nearly two decades in the industry. He can be found at Hoylesfitness.com and offers an online fitness plan called the ABC Programme, using weight lifting and HIIT techniques to improve your general fitness.