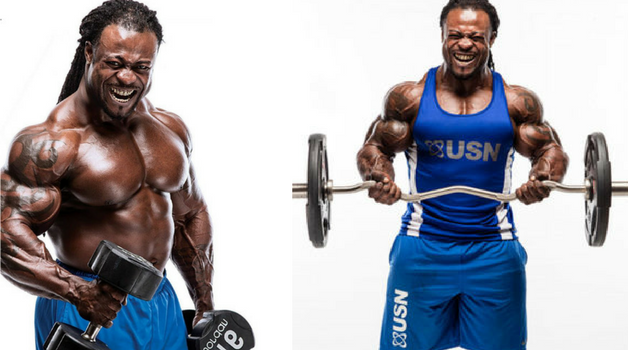 William Bonac is definitely on the list of stand-out personalities. He’s a professional bodybuilder that regularly competes in world stages. He’s amassed himself quite the large following, and has joined big competitions like Mr. Olympia.

Of course he wasn’t always this way, but he had gotten an early start nonetheless. He began his bodybuilding journey at the the ripe young age of 13, and never stopped since.

William Bonac is one of those people who have a very strict diet. At least, in that he knows exactly what is good for him and sticks to what works. Nevertheless he relies a lot on home-cooked meals.

He’s the type to go out and buy his own ingredients, making sure to always have food at the ready in the fridge. Because of his busy schedule, he finds time to make meals in advance, storing them in tupperwares for later.

He’s not the only one that does this of course. A lot of fitness models and bodybuilders prefer to have their foods prepared in advance, so that they won’t feel tempted to eat something else. Not only that, but lots of them to prefer to eat more than the regular three meals a day.

It’s a convenient way of keeping track of what is going in your body, and making sure that you always have something on hand to recharge and pump yourself up for the workout that is incoming.

William Bonac’s workouts are no less intense. In fact, one can argue that it is even more so. He’s very strict when it comes to his routines, and the same goes for his workouts. He trains several muscle groups at a time- keeping his reps and weights high.

He likes pushing himself to the limit, likes the burn. It definitely has been working for him. His hellfire of a workout goes a little something like this:

As you can see, he does take rests occasionally. it’s never a good idea to strain the body. Overtraining is the enemy of many bodybuilders and a friend to possible injuries. So keep a tight shift, but try not to run yourself down to the pits.

If you’re interested in following William Bonac’s fitness journey, you can do so by checking him out on Instagram. There’s also a more formal approach of getting to know him, through his official website.

The body that William Bonac has built and cared for, is something that required a lot of work. Despite his strict diet and his burning workouts, he still took the time to invest in a little lady luck- so to speak.

He takes several supplements to help ease the way. Here are a couple that he has talked about publicly: