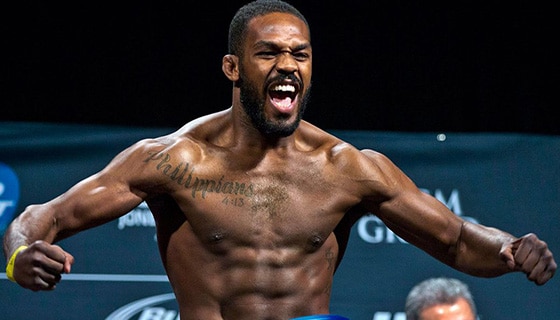 Jon Jones, also known as ‘Bones’, is a mixed martial arts fighter hailing from Rochester, New York, USA. Currently, he is signed with the Ultimate Fighting Championship (UFC). Here, he continues to make a name for himself as a dominant force. Having won the UFC Light Heavyweight Championship twice, he is regarded by many as one of the greatest pound-for-pound professional fighters of all time.

Jon was born into a hugely sport-orientated family – with his older brother Arthur Jones having played within the NFL until his retirement in 2017. Jon’s younger brother Chandler Jones has also plied his trade in the NFL and currently plays for the Arizona Cardinals.

Jon made his UFC debut in August 2008 and made an instant impact at UFC 87. During the event, he was able to put in a hugely impressive performance – allowing him to claim victory in his first UFC fight.

Ever since his debut fight, Jon’s MMA career has gone from strength to strength, allowing him to build an impressive MMA record over the years. This translated into a total of 22 wins in a total of 24 fights, including 9 knockouts, 6 submissions, and 7 decision-based wins.

In addition to this, he holds a whole host of UFC records in the light heavyweight division. This includes the most successful and consecutive title defenses, the most wins, the longest win streak, and the most submission victories.

The highlight of his career came in 2011 at UFC 128. This is when Jon was able to make history – becoming the youngest ever champion in the UFC since the introduction of weight classes. 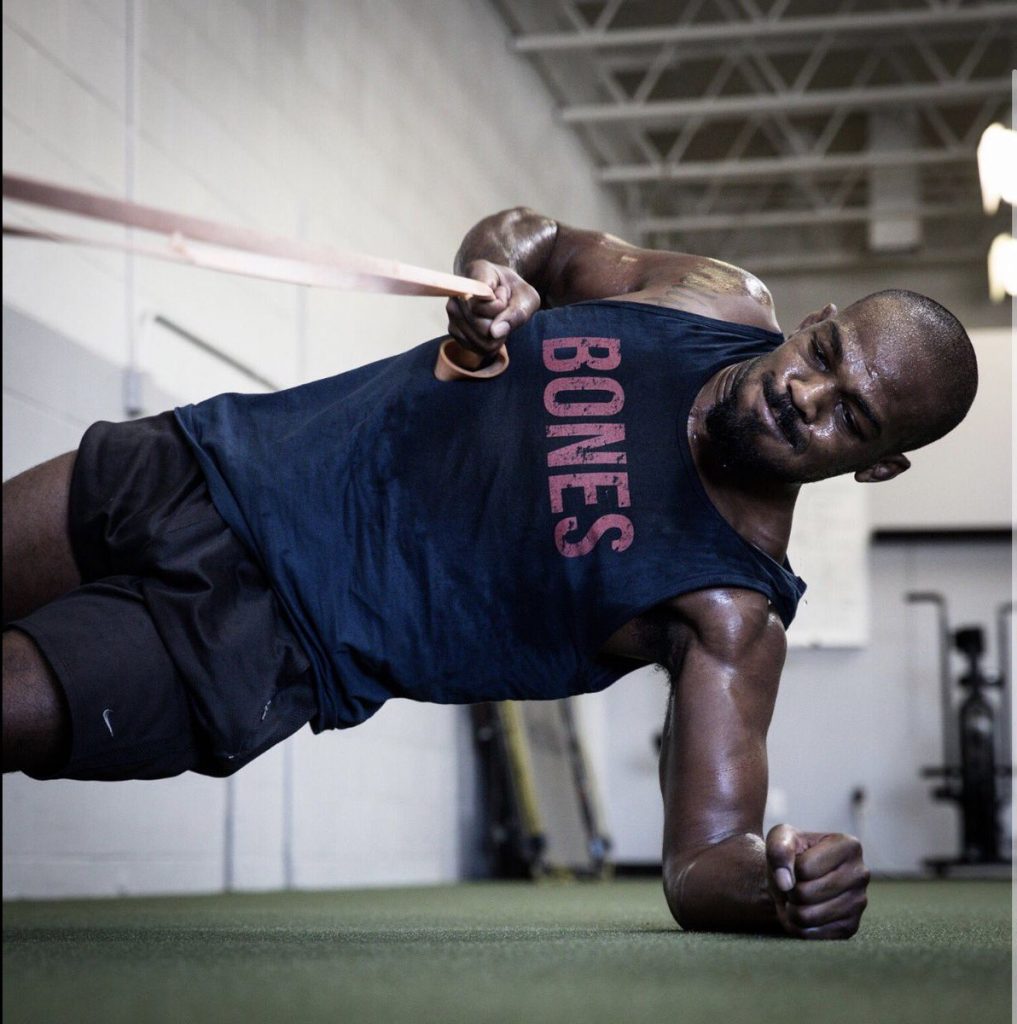 When training, Jon makes use of high-tech equipment as this allows him to mimic a real fight. This means that he can prepare effectively for any upcoming fights. One of the machines that he uses is the VertiMax which Jon straps himself to in order to get extra resistance. In turn, this creates a more challenging workout and allows Jon to continually improve his power. As Jon says:

“The extra resistance made it difficult just to keep my hands up, let alone throw a punch. After being tied into that thing, once I went to knee a guy without being strapped into the machine, it made my strikes that much more powerful in the Octagon”.

Essentially, Jon Jones likes to keep his workouts as intense as possible. To do just that, he focuses on exercises that allow him to work on his explosion and quickness. Both of these aspects are required during a fight in the Octagon.

Compound exercises are an aspect of Jon’s training which he places a huge focus on. This is because they allow Jon to retain as much muscle as possible.

Jon prefers utilizing these particular exercises as they are a great way to build lean muscle while helping him to gain strength at the same time.

Some of his favorite compound exercises include deadlifts and squats. Each of these exercises is arguably more effective than isolation based movements as they work multiple muscle groups at once.

Below is a typical workout routine that Jon will follow. This particular routine will be kept at a high intensity from start to finish. This ensures that Jon can obtain the best results with each and every workout.

To finish off his workouts, Jon likes to work on his abs with an exercise known as V-ups. This ensures that his core remains as strong as possible. Here’s what he had to say regarding this:

“I do them at the end of my workouts, because I want my core to be fried already”.

When it comes to Jon’s diet, he likes to keep things as balanced as possible. This ensures that he is able to fuel his workouts and maintain his awesome physique.

Jon follows the advice of leading athletic nutrition expert Louis Giordano. He ensures that Jon stays on track with his diet, and advises Jon to regularly consume enough carbohydrates to achieve a balance in his diet.

Jon likes to spread his meals throughout the day so that his body can absorb essential nutrients. As well as this, it also ensures that he can recover from his intense workouts.

However, Jon ensures that he always leaves room for a cheat meal. This is so that he has more of an incentive to reach his fitness goals. But, he will also counteract his cheat meals by eating less throughout the day. As Jon says:

“Your meals need to be in balance too. I eat cake sometimes, it is just about how you balance it with the other parts you put into your body. If I eat that, I take out something else.”

Overall, Jon ensures that he regularly consumes a mixture of lean proteins, complex carbohydrates, healthy fats, in addition to plenty of fruit and vegetables. Here are some of his favorite foods:

Jon Jones is sponsored by supplements brand GAT supplements – signing a deal with them earlier in 2018. However, in terms of the supplements he consumes himself, he often makes use of protein shakes.

In the event he is short on his protein intake for the day, Jon will simply take a protein shake. This allows him to reach his daily goals and provides fast-acting protein which ensures that he can recover efficiently from his intense workouts. As well as this, it helps to preserve and build muscle mass too.

Want to get lean and retain performance and muscle like Jon Jones?
www.fighterscore.com