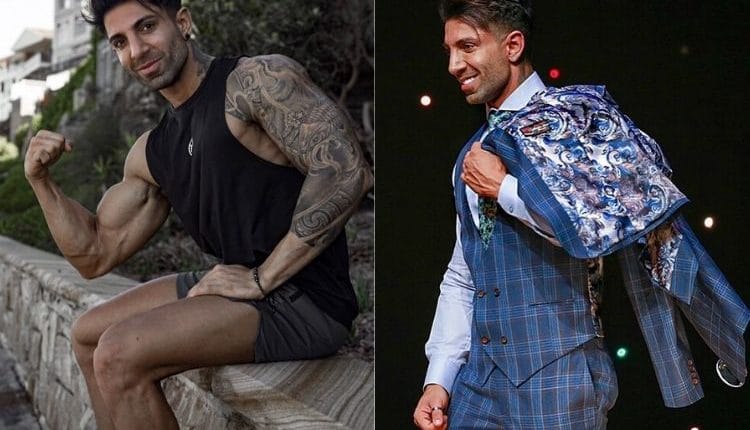 From a shy immigrant kid who couldn’t speak a word of English to a fitness icon, entrepreneur, self-proclaimed ‘sickcunt,’ and one of the main faces of the aesthetic movement. The story of Chestbrah (Said Shavershian) is truly one of a kind.

To get to where he’s today, Chestbrah had to face some devastating and heartbreaking moments. In 2011, Chestbrah lost his brother Zyzz. This sent him into a downward spiral of depression which he barely got out of. In the name of his brother, Chestbrah got back on his feet, stronger than ever to start a ‘revolution’ amongst his fans. He continued what his brother had started; promoting the aesthetic lifestyle to people around the globe. To Chestbrah’s astonishment, the legacy has since grown more than he’d ever thought.

For anyone curious, the term ‘aesthetic movement’ was pioneered by Zyzz and Chestbrah. It’s a movement that encourages aspiring young men to build a lean and healthy physique and live life to its fullest.

When it comes to his diet, Chestbrah isn’t your typical fitness model. He doesn’t claim to eat the healthiest foods all the time, nor does he advocate living a restricted lifestyle.

He’ll let loose when he wants to, and will enjoy a burger, pizza, donut, and even a cigarette if he so wishes. He doesn’t necessarily suggest that you should do the same, this is simply his personal philosophy towards life. In Chestbrah’s own words:

“I remember when I was young I used to walk into a room and wondered if everyone liked me, now I wonder if I like them. To hell with going by the book and doing what everyone else is doing. Fitness and gym to me aren’t about longevity, I ain’t here to live until I’m 80 years old, crippled and frail reminiscing of the glory years.

I’m not like other fitness models, I love to party, I love an occasional joint or two, and yes I smoke cigarettes. I ain’t a fake natty like 95% of the industry claim to be. Fitness to me was always about looking good and improving self-confidence. What good is life if you can’t do the things you love? Live your own life and don’t concern yourself too much with what’s right and wrong, follow your own path on your own accord and stay 100% real to the game.”

With all of this being said, Chestbrah knows when it’s time to get serious. Maintaining his physique wouldn’t be possible if he ate burgers and cakes all the time. While he enjoys a balanced lifestyle, he’ll still eat healthy most of the time – including foods that any other bodybuilder would eat. Such as chicken, rice, sweet potatoes, and vegetables.

Chestbrah’s Rules For a Shredded Physique

Chestbrah adheres to a few simple rules to maintain his trademark physique year-round.

In addition to these, Chestbrah also gets plenty of rest to let his body and mind recover. Without rest, his muscles wouldn’t be able to grow and his hormones would all get out of whack – leading to fat gain and muscle loss.

Chestbrah has multiple diet variations. He likes to keep things interesting and experiment to see what works best for his body. Here’s one of his favorite meal plans:

When he’s cutting, Chestbrah will simply reduce his overall calories and get a little stricter with his diet.

For example, if he wants to dial in to a single-digit body fat percentage, he’ll completely remove sugars and will only drink green tea and water. He’ll also reduce his fats as they’re very calorie-dense. So instead of eating a whole egg, he’ll opt for egg whites. Instead of chicken wings, he’ll eat skinless chicken breast. Instead of fatty beef cuts, he’ll get lean minced beef with very little fat.

Chestbrah’s bulking diet will allow for more freedom in terms of cheat meals and even occasional drinks, but he’ll still keep his macros in the back of his mind. After all, what’s the point of getting all bulky when most of it is fat?

For this reason, Chestbrah will get the bulk of his calories from quality foods. Including peanut butter, avocados, whole eggs, and grass-fed fatty meat. If he wants to amp up his calories even further, he’ll take a weight gainer shake once per day.

Chestbrah takes supplements daily to cover any nutritional gaps in his nutrition. His strenuous workouts require additional nutrients that are hard to obtain from food alone, especially when he’s traveling. Speaking of which, Chestbrah will increase his supplementation while traveling to support his immune system so he doesn’t get sick.